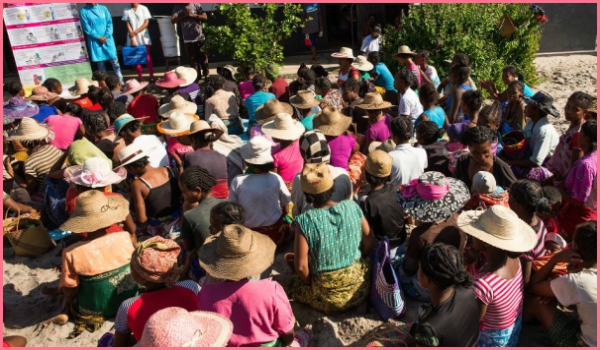 The US government has released its first six-month review of the impact of the current iteration of the Global Gag Rule, which cuts off US funding to international groups unless they promise not to provide or promote abortion.

The review claims that so far practically all grantees have agreed to these conditions. But according to PAI’s Washington Memo, the review was not conducted during a meaningful period of time and therefore cannot adequately assess the impact nor did it elicit thorough enough feedback from implementing organizations and civil society.

According to a US National Public Radio (NPR) report, since the policy was put in place, just over half the nearly 1,300 affected health grants have come up for renewal. This means almost half of the groups have not yet had to decide whether they will comply with the policy. Senior US officials were unable to tell NPR journalists what share of US global health funding these various groups represent.

Only four organisations are said to have refused funding. They include Marie Stopes International and the International Planning Parenthood Federation, both of whom have had very large grants. When renewal comes up for them, the funds will be lost; some have been provided by other donors but not all by far. The other two who refused have not been named. However, from civil society comments which PAI is aware of (but which have not been made public), global health implementing organisations are saying that the Global Gag Rule has already had a harmful impact on their ability to provide services at the community level.

Although initial effects have already been documented, PAI rightly says that many of the most significant impacts expected will not be evident until months and years into the policy. Long-term impacts under previous iterations of the policy included closure of clinics, loss of family planning services, increases in maternal deaths, and increases in abortions, including many unsafe abortions. For example, under prior iterations, USAID cut off shipments of contraceptives – already in short supply – to 16 countries in sub-Saharan Africa, Asia and the Middle East. Even a Donald Trump should understand what that means.