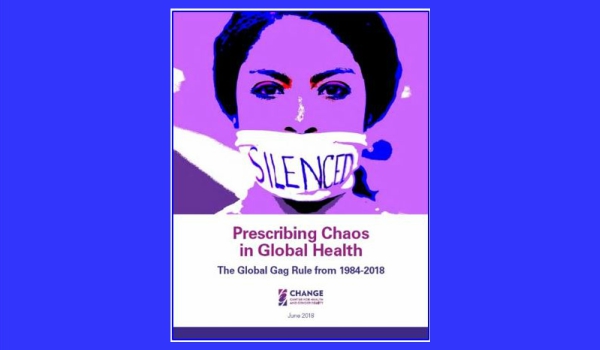 The Center for Health and Gender Equity: CHANGE has just launched a report that maps the Global Gag Rule from 1984 to 2018, and shows the immediate impacts of Trump’s expanded Global Gag Rule in Mozambique and Zimbabwe.

They write: “Trump’s expansion of the Global Gag Rule poses an unprecedented threat to health and human rights across the world and is having a severe effect on countries most in need of global support. This study shows that over the more than 30 years since the Gag Rule was first instituted, it has led to millions of unwanted pregnancies and unsafe abortions and tens of thousands of deaths.”

The policy affects the dissemination of US$ 9 billion in funds and any NGO that refuses to accept the restrictions will lose their grants, affecting not only abortion services but also all aspects of health care they provide.

Here are some of the mainstream news reports when the CHANGE report was shared with the media: