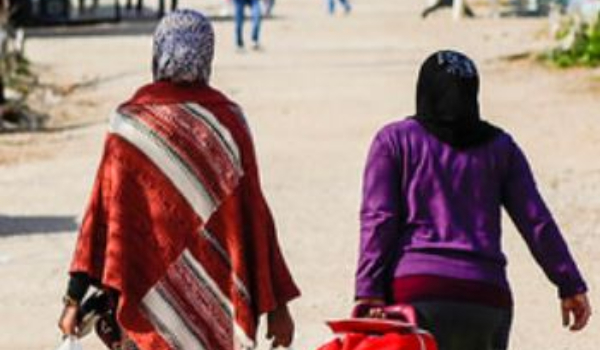 The Global Compact on Refugees could fail girls and women: governments and human rights defenders can change this

The draft Global Compact for Refugees, due for a vote in December at the UN, fails to mention the need for sexual and reproductive health services for women and girls in refugee settings, including access to skilled birth attendants and newborn care, voluntary contraception, and safe abortion. An opinion piece by Marcy Hersh, from Women Deliver, spotlights the importance of addressing girls and women’s rights and needs in humanitarian settings, including in the revised Inter-Agency Field Manual. She gives examples from both Greece and Macedonia of male officials who insisted to her in recent years that SRH services, even emergency obstetric care for arriving refugees, “just weren’t a priority”.

Two years ago, she says, global leaders met in New York and unanimously declared their commitment to create more dignified refugee responses, especially for girls and women. Their New York Declaration launched negotiations around a Global Compact on Refugees. She writes:

“While gender equality and women’s empowerment are now listed as priorities in the draft Global Compact, political forces have – thus far – blocked the passage of all references to sexual and reproductive health services, including access to skilled birth attendants and newborn care, voluntary contraception, and safe abortion. Reading between the lines, I hear the same explanation as from the Macedonian border official: “We don’t need reproductive health services here.”

“The Global Compact for Refugees will stop short of meeting the needs of refugee girls and women worldwide unless governments step up their advocacy before December, when it will be formally adopted by the UN General Assembly.”