Home » News » Global Accelerated Action for the Health of Adolescents 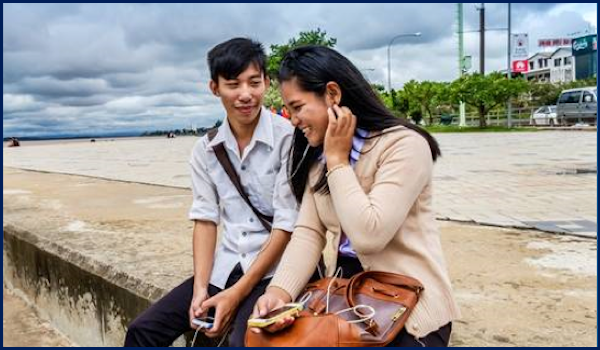 In 2015, nearly two thirds of adolescents, approximately 85,000, died in low- and middle-income countries of the African and South-East Asia regions. With road traffic injuries, lower respiratory infections and suicide as the biggest causes of death among adolescents, unsafe sex and early and unintended pregnancy are also taking lives.

Most of these deaths can be prevented with good quality health services, education and social support. However, in many cases, adolescents who suffer from mental health disorders, substance use or poor nutrition cannot obtain critical prevention and care services – either because the services do not exist, or because they do not know about them.

In addition, many behaviours that impact health later in life, such as physical inactivity, poor diet, and risky sexual health behaviours, begin in adolescence.

Data in the report, Global Accelerated Action for the Health of Adolescents (AA-HA!): Guidance to Support Country Implementation, reveal stark differences in causes of death when separating the adolescent group by age and by sex. The report also includes the range of interventions – from seat-belt laws to introducing comprehensive sexuality education to school curricula – that countries can take to improve their health and well-being and dramatically cut unnecessary deaths.

“In all countries – regardless of HIV prevalence – CSE should be integrated into school curricula and should include the promotion of gender equality and respect for human rights. Appropriate health sector representatives should be informed about effective CSE and actively support its implementation at multiple levels” – confirms Chris Castle, Chief of the UNESCO Health and Education Section that contributed to the development of the guidance.

The AA-HA! Guidance was produced by WHO in collaboration with UNAIDS, UNESCO, UNFPA, UNICEF, UN Women, World Bank, the Every Woman, Every Child initiative and The Partnership for Maternal, Newborn, Child & Adolescent Health. The document was launched at the Global Adolescent Health Conference: Unleashing the Power of a Generation on 16 May 2017 in Ottawa, Canada.

Available evidence supports a clear and compelling role for the education sector in preventing early and unintended pregnancy and ensuring the right to education for pregnant and parenting girls. The Early and Unintended Pregnancy Brief contains the summary of recommendations from an evidence review to support the education sector to prevent and respond to early and unintended pregnancy. The full evidence review will be available soon here.

– Executive Summary in English and French