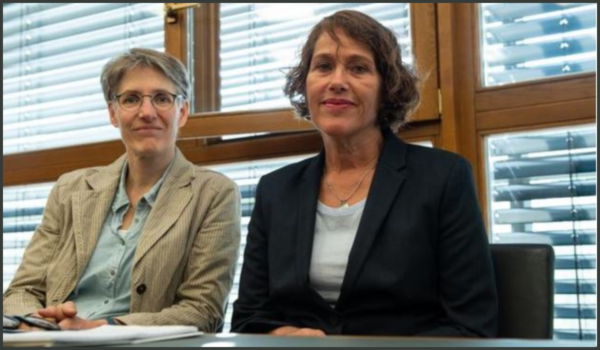 Two gynaecologists in Germany were put on trial in August 2018 after one refused to pay a €6,000 fine for listing abortion on their website as one of the medical services offered at their practice. During the trial, a 200-300 person demonstration outside the court argued that providing information to women shouldn’t be a crime. According to Germany’s criminal code, however, anyone who publically “offers, announces [or] advertises” abortion services faces up to two years in prison or a fine, and that this particularly applies to those who stand to “financially benefit” from terminating pregnancies. Doctors can only tell their patients if they provide abortion services during face-to-face appointments. The doctors argued that they chose to post the information on their website to accurately depict the services they offer and to also give pregnant women access to information about their options. Knuth Pfeiffer, the doctors’ lawyer, argued that the criminal code paragraph on abortion is unconstitutional as it restricts a patient’s right to freedom of information, freedom of opinion and the right to self-determination. Furthermore, financial motives were not at play, as the two doctors carry out only 10-15 abortions per year.

Listing abortion services on a doctor’s website gives the impression that abortions are “something quite normal”, a conservative politician told local public broadcaster SWR, which they want to avoid. However, there were around 101,200 abortions in Germany in 2017, or 277 each day, not exactly rare. Yet abortion doctors can be hard to find in Germany. In some cities there are none, and their number appears to be declining, while medical schools often fail to teach students how to provide abortion, according to an article about Medical Students for Choice in Germany.

The European Court of Human Rights has rejected a German anti-abortion activist’s case against injunctions ordering him to stop referring to abortions performed by various doctors as “aggravated murder” and comparing them with the Holocaust. The Strasbourg-based court ruled on 20 September on a string of cases involving the man, who argued that the four injunctions against him issued by German courts interfered with his freedom of expression.