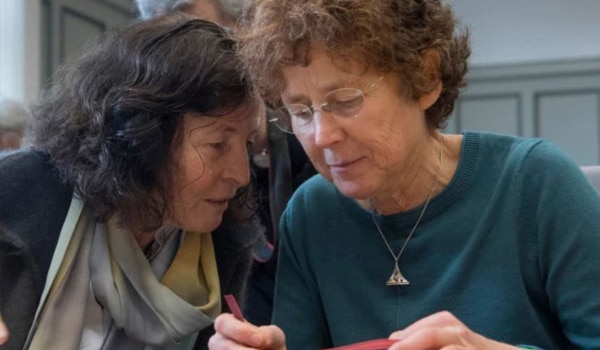 In 2017, Kristina Hänel (photo, right), a Germandoctor, age 63, became a cause celebre. She is a doctor who offers abortionservices, and as others before her, she was fined €6,000 for “advertising” thisservice on her website. We reported this when it first happened. What sets Hänelapart today is her ongoing battle against paying the fine, which she says shewill take all the way to the European Court of Human Rights. Her actions havesparked a new interest in abortion rights among Germany’s younger generation,illustrated in actions all over the country for International Safe Abortion Daythis year. Providing abortions in modern Germany has become one form of activism,and Kristina Hänel is the reason many people now know that.

Now that she is arallying point for the pro-choice movement, she says, she does not have timefor much else. “Now we do politics and we do abortions,” she says. Manyabortion clinics are not friendly and are very expensive. The fact that theprocedure normally costs $220–1,100 and is rarely covered by insurance makes it profitable for some clinics. So shefelt the responsibility to create a place women could be safe and welcomedwithout judgment. “For me, it was very important to do this,” she says. “I waskind of a secret activist in my own mind, but I never thought that this wouldhappen, what’s happening now.”

Due to activists’ response todoctors being fined for saying they do abortions on their websites, in February2019, Germany’s legislature revised the law slightly to allow doctors to saythey do abortions but not provide the methods used or give price information.They promised a federal listing of doctors who do abortions, so women would beable to find them. Hänel, however, sees the new law as a way to shut themovement up. Her fine has not been revoked, and another abortion provider hasbeen fined since the law was changed for making similar statements to thoseHänel makes on her site. Moreover, another doctor, whose clinic gave itsaddress to the federal register in March, says it still has not been added to thelist of abortion providers. “The new law? Nothing changed, nothing.”