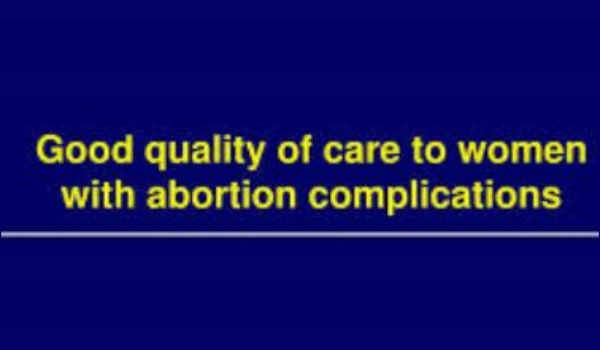 For two weeks in February 2018, the Central African Network for Women’s Reproductive Health (Réseau d’Afrique centrale pour la santé reproductive des femmes) conducted a study of first sexual relations among Gabonese girls and women, the extent of abortions among them and how they accessed post-abortion care for complications. The findings will be used for training health professionals in the management of post-abortion complications. The findings show that there is early sexual activity among girls as well as recourse to abortion among many adolescents and women with unwanted pregnancies.

The study found that abortion methods being used are changing but many remain unreliable. For example, some women mix lemon caffeine and nivaquine (a syrup that contains chloroquine sulphate, which is an antimalarial medicine and is used in treating autoimmune diseases like rheumatoid arthritis and lupus).

Dr Aimée Patricia Ndembi said: “Our study revealed that first sexual intercourse in Gabon was 15–18 years of age amongst almost half of respondents and 30% over the age of 18 years. Some 58% of women consented to their first sexual intercourse, while 21% were subjected to peer pressure and did not give consent. We also found a high level of sexual activity between adolescent girls and more experienced adults.”

Abortion was widely practised by girls and women in Gabon, but few admitted it. “This is dangerous, because we only find out when it has failed or caused complications or death,” she said.

Some 51% of women surveyed said they had had abortions. Some 18% said they had experienced complications and sought treatment, 30% said they had not had either, while 52% did not respond. As for the methods they used, misoprostol was often named but the dosage/regimen used varied from one woman to the next. Women also talked about using various plants and other pharmaceutical products.

The publication of the final text of this report in French is in progress. The information in this report comes from the following news article: