Home » News » FRANCE – The Simone-de-Beauvoir Prize 2019 has gone to Salvadoran Sara García Gross, for her work for the right to abortion 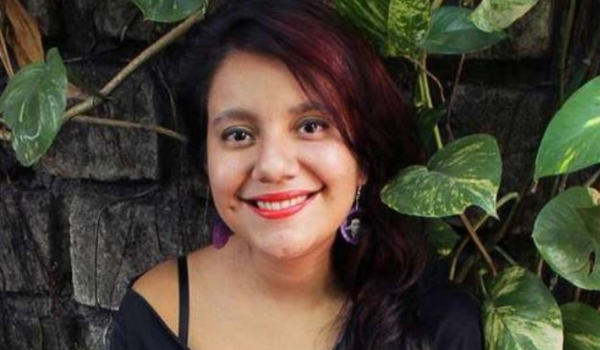 Sara García Gross has been advocating for the right of women to decide what to do with their bodies for a decade now, in a country where the anti-abortion legislation is among the most restrictive in the world.
The award will be presented at the Maison de l’Amérique latine in Paris. It was created in 2008 on the 100th anniversary of the birth of Simone de Beauvoir in order to “help mobilise international solidarity, reaffirm the rights of women in the world, guarantee the protection of those who today struggle against the risk to women’s lives, and defend by their side the ideals of equality and peace”.

A teacher and academic, Sara is a member of the Citizen’s Group for the Decriminalisation of Abortion, which calls for the release from prison of women accused of homicide for abortions, stillbirths and miscarriages. The group presented a bill to the Salvadoran congress in 2016 to decriminalise abortion in case of rape, risk to the life of the pregnant woman and serious malformation of the fetus.

“Giving her this prize is to recognise that her action is in line with that of Simone de Beauvoir,” said a statement from the award jury, currently chaired by activist Sihem Habchi. It is also a question of offering, from France and Europe, support for her work in favor of women’s rights and to draw international attention to the situation of women imprisoned or threatened with prison because of the denial of their right to their bodies. “

Sara is also a member of the Campaign and participated in the Campaign’s Forum in Lisbon in September 2018. Congratulations, Sara!!!!