Pink has offered to pay the €1500 fine against the Norwegian women’s beach handball team after they defied sexist uniform standards and wore shorts at the European Beach Handball Championships in Bulgaria recently (photo above) instead of bikini bottoms, as required by the European Handball Federation’s uniform regulations. The Federation accused them of wearing “improper clothing … shorts that are not according to the Athlete Uniform Regulations defined in the IHF Beach Handball Rules of the Game.”

Here is a visual depiction of these rules for the men’s vs. women’s uniforms: 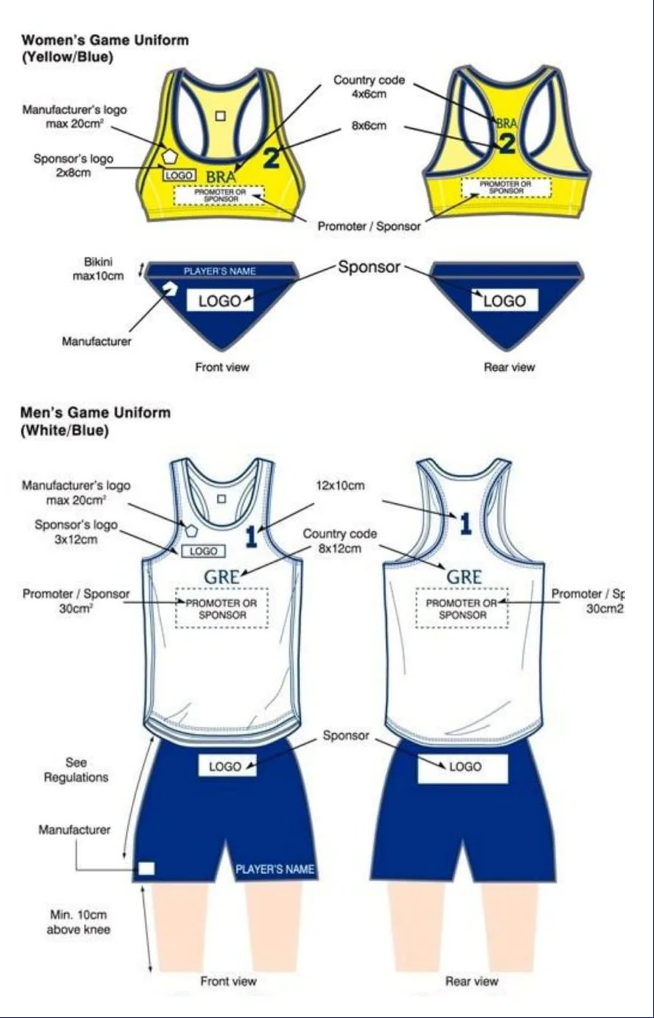