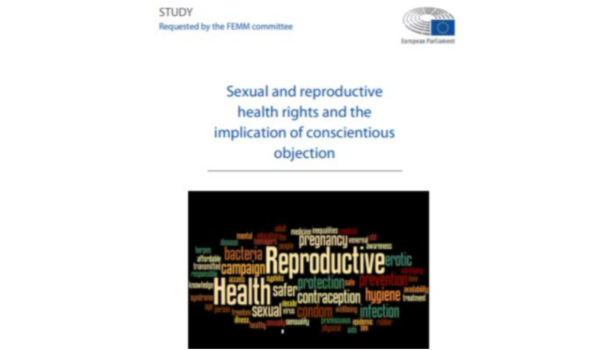 This study was commissioned by the European Parliament’s Policy Department for Citizens’ Rights and Constitutional Affairs at the request of the Parliament’s Committee on Women’s Rights and Gender Equality (FEMM Committee). The study aims to provide a comparative overview of the situation in the European Union, with particular focus on six selected Member States – Czech Republic, Croatia, Italy, Poland, Portugal, Sweden – in terms of access to sexual and reproductive healthcare goods (such as medicines) and services (such as abortion and family planning), from both legal and practical perspectives. The study also looks at the extent to which conscientious objection affects access to sexual and reproductive rights. The study will contribute to formulating a clear framework for the improvement of access to sexual and reproductive healthcare goods and services in the European Union.

The Executive Summary states, regarding abortion: While all six Member States permit abortion in certain cases, the national legislation differs in terms of its restrictiveness. Poland does not allow abortion purely at the woman’s behest, while the others permit this up to various points (from 10 weeks in Croatia and Portugal to 18 weeks in Sweden). All Member States allow abortion within a longer timeframe in other circumstances, such as risk to the life/health of the pregnant woman/foetus and/or the non-viability of the foetus. Only Portugal and Sweden make legal provision for post-abortion care, including psychological and social support. In Italy, these services are at the discretion of regional legislation. Key barriers to accessing abortion can be financial (its exclusion from mandatory health insurance, e.g. in Croatia, for voluntary termination, or the requirement to pay for aftercare or medical appointments), cultural (in Poland, hospitals extend the administration needed in order to move beyond the legally allowable timeframe for terminations) and geographical (e.g. location of services in large population centres only).

At EU level, this study recommends that the EU strengthen its legal framework on equal access to sexual and reproductive health goods and services, including confirming the application of the Directive 2004/113/EC and issuing related guidelines to Member States. The application of the Employment Equality Directive should also be clarified to ensure compatibility of conscientious objection with health rights. In addition, the EU should include sexual and reproductive health in its next Strategy on gender equality. Monitoring and measurement should be prioritised (including the collection of EU-wide comparable data), supported by the European Parliament. Finally, EU funding programmes should support awareness-raising among citizens and training of healthcare professionals. At Member State level, the study recommends that research should be carried out nationally (particularly among vulnerable groups) to assess the provision of goods and services compared to the law…