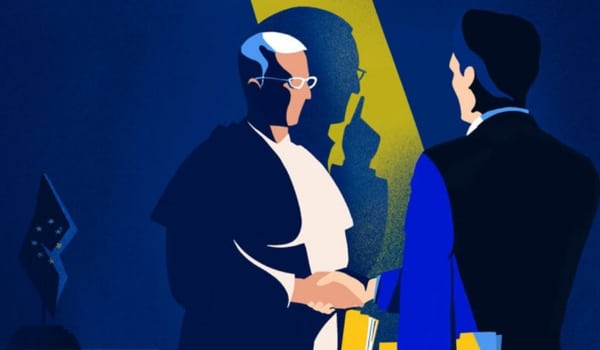 One of her nominees deserves closerscrutiny thanshe has received: Croatian MEP Dubravka Šuica tomanage the ‘Democracy and Demography’portfolio. Putting her in charge of this portfolio could be catastrophicfor sexual and reproductive rights in Europe. As anMEP since 2013, Šuica developed a track record of voting against women’s andLGBTIQ rights. In 2018, she challengeda reportonthe EU’s Gender Action Plan by tabling amotionremovingreferences to sexual and reproductive health and rights altogether. When thismotion failed, she abstained from voting on the final report. She alsovotedagainsta 2014 report on gender equality because it includedreferences to abortion and reproductive rights.This is particularlyconcerning for the Democracy and Demography portfolio.As a Commissioner, she would be thehighest European-level politician with the potential to influence sexual andreproductive choices.

This is happening in the context of the misappropriation of demographyby authoritarian, far-right and alt-right figures who are against immigrationand want to increase “their” populations of “ethnically pure” Europeans.

President von der Leyenhasensured that the Commission’s environmental efforts will be aligned withtheParis Accordon Climate Change, and that EU international development efforts are based ontheUN’sSustainable Development Goals. She did this by referencing theseinternational agreements in the mission letters of her candidates.

The entire College of Commissioners proposed by President von der Leyen must receive confirmation from the European Parliament. This is expected in late November 2019. The transcript of Šuica’s hearing can be found here. Eight MEPs raised questions directly related to SRHR & LBGTI rights. She said her opinion on abortion didn’t matter as the subject is for member States’ competence, but she is clearly anti-abortion and it does matter. At this writing, it is unlikely she will be rejected, however.

Meanwhile, the incursion of the right in Europe continues apace. Investigative research published in El Diario in Spain has identified 244 meetings between religious lobbies and people in the European Commission, only 49 of which were publicly registered. The research reveals the extent of political pressure being put on the Commissioners by conservative religious groups, and Catholic and evangelical organizations, aimed at promoting anti-gender and anti-abortion political agendas in the name of “religious freedom”.