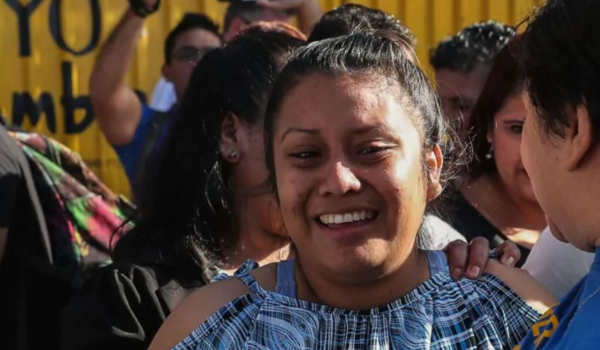 Evelyn walked out of the prison on 15 February 2019 to chants of “You are not alone!” She had been convicted of aggravated homicide in July 2017 and sentenced to 30 years, although she had had a stillbirth. During her original trial, she said she had been repeatedly raped by someone in a gang and did not even realise she was pregnant. A high school student at the time, she gave birth in the toilet in April 2016 after falling ill with acute back and stomach pain. The judge accepted the prosecutor’s claim that she failed to seek antenatal care because she did not want the baby, and had thrown him into the toilet intending to kill him. The Citizens Association for the Decriminalisation of Abortion (Agrupación Ciudadana) supported her fight for freedom from the time she was jailed.