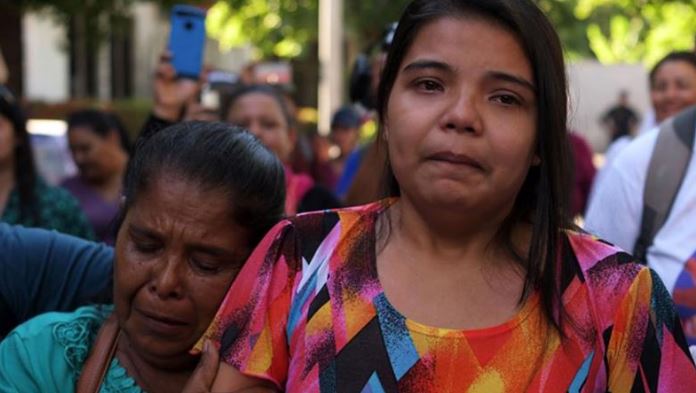 Imelda Cortez had been detained without trial in San Miguel prison since April 2017. As we reported on 20 November, Imelda gave birth in the latrine of her home that month. She said she had not known she was pregnant. Bleeding heavily, she was taken to the National Hospital of Jiquilisco, where she was arrested and accused of miscarriage. A day later, the Prosecutor’s Office changed the offence to “aggravated homicide”, which can receive a sentence of 20 years. Yet the infant was born healthy, and it was proved that the pregnancy was the product of sexual violence by her stepfather for seven years. On 17 December, the prosecutor and the defence reached an agreement to reduce the charge to “child abandonment”. The judge then found her not guilty of this undeserved charge, and she was immediately released. Outside a crowd was waiting to support her, chanting: “Imelda is not alone. We, the defenders, are here.” Among them were women previously imprisoned in similar cases.
Due to pressure from local and international human rights organisations, five women convicted of such “crimes” have been released in the past year. Lawyers and activists believe this could indicate a loosening of the application of the law, which has badly affected women and their families. However, at least 24 women are still in prison for these reasons.
SOURCE: Al-Jazeera, by Anna-Cat Brigida, 18 December 2018 ; PHOTO: Marvin Recinos/AFP [Daylife]