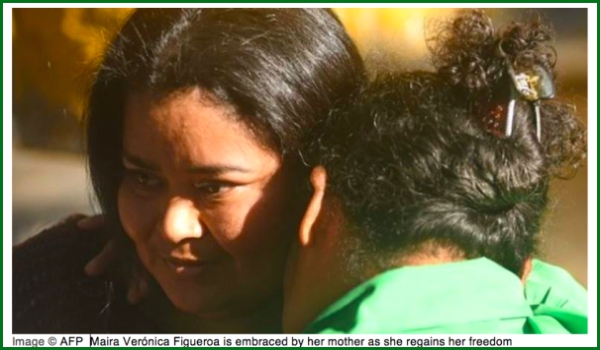 A 34-year-old woman in El Salvador has been freed after spending 15 years in jail for having a miscarriage.
Maira Verónica Figueroa Marroquín was released after her 30-year sentence for aggravated homicide was commuted.
Ms Figueroa always maintained her innocence. She said she suffered a stillbirth in a house where she was working as a maid in 2003. She was taken to hospital, arrested and eventually sentenced for inducing an abortion.
Her parents, as well as journalists and activists, were outside the prison in Ilopango, near the capital San Salvador, to welcome her. “I am happy to be with my family,” she said. “I want to study law to understand what happened to me and help other women. I’m going to start again and make up for lost time.”
She is the second woman this year to have her sentence for abortion commuted by the Supreme Court. 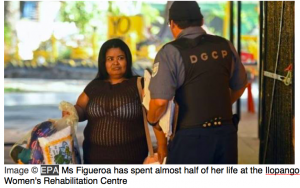 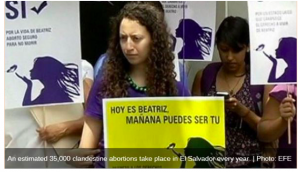 Meanwhile, also this week, FMLN legislator Lorena Peña, is urging her party, the governing leftist party, to approve a bill which partially decriminalises abortion on four grounds before they have to leave power, following the recent election of a conservative government. The FMLN has only the next six weeks to pass the bill, she says. However, the bill has been pending since October 2016, and even the visit of the UN High Commissioner of Human Rights last year was not enough to cause any change.
Perhaps now, after the release of two women from long prison sentences, one a month ago and another yesterday, with the Supreme Court of El Salvador calling the 30-year sentence immoral and excessive, the huge public response could be enough to stir the FMLN leadership to take action.
SOURCES: BBC, 14 March 2018 ; Telesurtv, 13 March 2018 ; Guardian, 13 March 2018