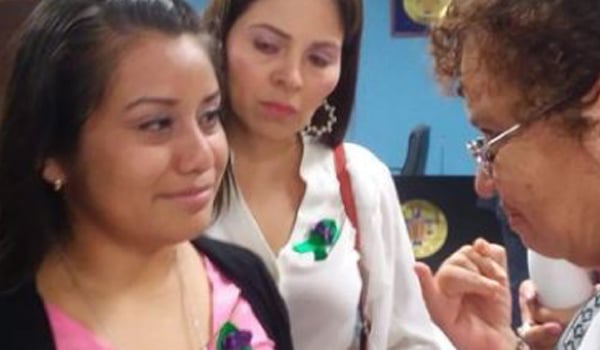 After suffering three terrible years of being in prison and being put on trial – not just once but three times – Evelyn Hernandez has finally been acquitted by Salvadoran “justice”.What had she done? She had a miscarriage as a teenager in 2016, but was initially jailed for 30 years. She was successively accused of “aggravated homicide with premeditation” and then of “homicide aggravated by negligence”. This time, the prosecutor decided not to challenge her acquittal yet again. She is now finally free, age 22, to live her life. Sixteen other women are still in prison accused of abortion or homicide, however, which may also been miscarriages or stillbirths instead. The courts in El Salvador don’t seem to mind which it is.

For a history of the gross injustice done to her, go to this link, where the first two pages of this history can be found (going backwards) followed by similar cases of other women as well.