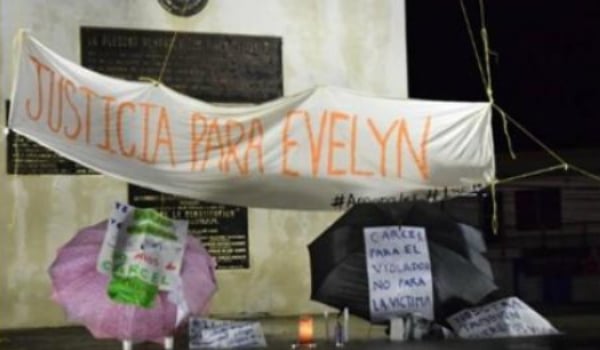 The appeal of Evelyn Beatríz Hernández Cruz, a teenage victim of repeated rape, now aged 21, who was convicted of murder after a stillbirth and who has been in prison almost three years now, will be heard this month, her lawyers said on 10 July. Aged 17 at the time, she said she had had no idea she was pregnant, had experienced a sudden delivery with a lot of pain and loss of blood and lost consciousness. There was no physical evidence to prove that she had tried to terminate her pregnancy.

We published a report in September 2017 outlining the basis for the appeal following the trial. At that time, one of her defence lawyers and a human rights defender, Bertha Deleon, argued that the judge did not take into account that the scientific evidence presented and the testimony of the expert witnesses did not establish her guilt, let alone justify a sentence of 30 years in prison for a murder she did not commit.

On 10 February 2019, she was released from prison and allowed to go home pending the appeal. “What Evelyn is living is the nightmare of many women in El Salvador,” said one of her current lawyers, Elizabeth Deras.

Paula Avila-Guillen, also a lawyer on Cruz’s defence,says the outcome of the case will reveal what the political climate in El Salvador is like after a more liberal president, Nayib Bukele, took office in July. But it also serves as an example of the unintended consequences of near-total or total abortion bans everywhere.