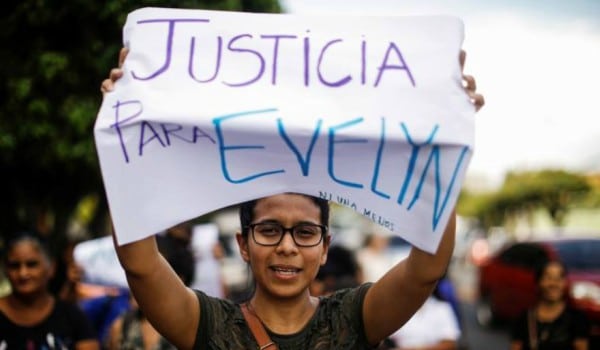 Abortion rights activists in El Salvador threw eggs filled with confetti and sprayed red paint outside the Attorney General’s office to protest his decision to call for a third trial for Evelyn, who was recently completely acquitted after she had spent three years in prison for homicide, though she had had a stillbirth.

A small group of masked women disguised as clowns ran up to the main entrance of the office and defaced it with red paint. They quickly retreated as dozens of other protesters chanted their support nearby. “We’re going to stand with Evelyn until justice is done,” they said.