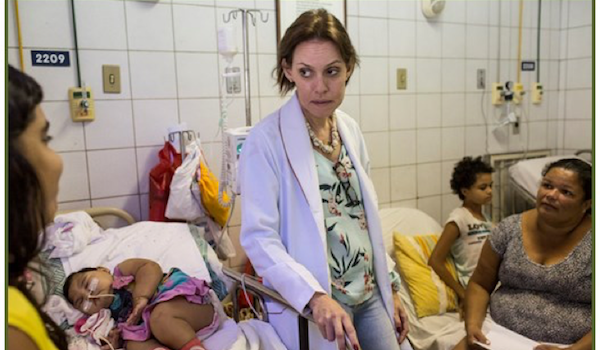 A year ago, WHO declared the Zika virus epidemic a public health emergency… and sounded the alarm about the potential links between Zika virus and rising neurological disorders despite a lack of conclusive data. [This] stimulated an international collective effort, scientific research, and funding that helped stabilise the crisis. A year on Director-General Margaret Chan has reflected on the rightness of that decision, writing in a commentary on WHO’s website, that it strengthened integrated surveillance for mosquito-borne viruses, and accelerated understanding of the modes of transmission and the abnormalities associated with congenital Zika virus syndrome. The coordination that occurred between international and national authorities and health professionals, especially in Latin American countries, to detect, diagnose, and characterise cases of microcephaly is commendable.

It would be tempting to laud the Zika response as a success and redirect attention to other emergent issues. To do so would ignore the continued spread of Zika virus and its under-appreciated long-term effects…

As of Feb 1, 2017, the number of countries reporting a Zika virus outbreak since 2015 has grown to 59, 48 of them in North and South America. Seven countries have reported active local transmission of the virus in 2016 or 2017. 13 countries report person-to-person transmission. New affected areas have emerged including Angola, already struggling under yellow fever and cholera epidemics, which reported its first two cases in January….

Continued geographical spread of Zika virus would be a challenge enough were it not for the anticipated long-term effects. Chan’s commentary says WHO “must be ready for the long-haul” but misses the opportunity to urge and specify international attention, research, and resources for the individuals left devastated by Zika virus. It leaves invisible the needs of thousands of children, their families, and future families; and overlooks the responsibility of the world’s community to support them… As the world waits for a vaccine, public health efforts will necessarily focus on prevention in the form of mosquito control and travel advisories. But health agencies like WHO, public health researchers, and policy makers must also not forget the individuals affected. They require our unrelenting attention.

PHOTO by Lianne Milton in: “Another night in the hospital: the unrelenting struggle of raising Brazil’s Zika babies”, Stat News, 12 August 2016