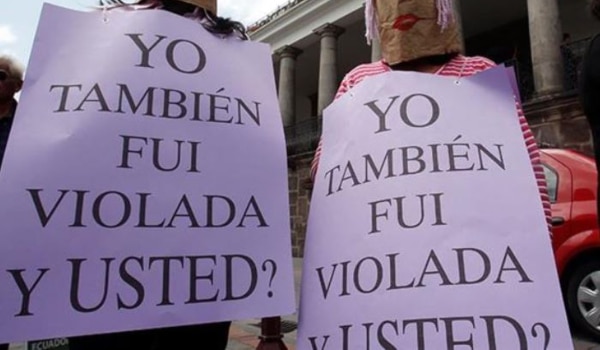 On 29 May, reproductive rights groups in Latin America petitioned the UN Human Rights Committee on behalf of four young Latin American rape survivors who were forced to carry their unwanted pregnancies to term and become “mothers against their will”. The girls are from Ecuador, Guatemala and Nicaragua. They were younger than 14 years old when they were raped, two by relatives and one by a local parish priest.

Last year, in Ecuador, a lawyer named Cristina Torres got a phone call from a young woman on behalf of her mother, who was in prison in central Ecuador. As an adolescent, the woman had been raped by her aunt’s husband and become pregnant. After leaving her parents’ home, she began working as an escort. She had two children. By the time she was 38, she thought she was too old to get pregnant again. This time she took misoprostol, purchased over the counter. After she took the pills, she began to bleed heavily. At a public hospital in Quito, she said nothing about the pills. A doctor diagnosed a urinary tract infection that had provoked a miscarriage, but after a shift change, a new doctor became suspicious. She was given an anaesthetic and D&C. Afterwards, she overheard the doctor arguing with a nurse about calling the police, who arrived at midnight. She was still bleeding, and a nurse hurriedly gave her a few sanitary pads before the police took her away to a detention unit. By early morning, she was assigned a public defender, who advised her to accept a plea deal. Before noon the next day, she was en route to a prison to serve a sentence of two years, eight months.

In Ecuador, unsafe abortion accounts for more than 15% of maternal deaths. Until recently, abortion was considered a private matter. Then, about a decade ago, when feminists and the religious right clashed publicly over legal reforms, women seeking medical attention for abortion complications or other obstetric emergencies were suddenly subjected to scrutiny. Between 2009 and 2014, Ecuador’s public defender recorded 40 cases of women prosecuted for abortion. Since 2015, according to government data, prosecutors have investigated at least 378 cases, including eight in January 2019 alone.

Women from all over the country have been caught in the crackdown, in cities, villages and the rain forest. The prosecuted include teenagers and single mothers, a young woman who sold ice pops on the streets, and a woman from a town near the border who helped her 13-year-old daughter end a pregnancy that resulted from incest. Some women sought abortions because they couldn’t afford another child. Others were in abusive relationships or had been raped. According to the Ecuadorian legal organization Surkuna, which tracks these cases and has defended more than two dozen of the accused, most of the women who come to the attention of prosecutors live in poverty.

According to women who’ve been prosecuted and their lawyers, many cases are marked by serious violations of the rights of the accused – by doctors, police, prosecutors, and judges – ranging from coerced confessions to manipulated evidence. Most were reported to police by medical providers, in violation of professional secrecy laws. Miscarriages and intentional abortions are often indistinguishable, making it difficult for prosecutors to prove, in the absence of a confession. A number of women report being interrogated and pressured to confess, not informed of their right to remain silent and an attorney. Some doctors have threatened to withhold medical care until women confess. Others are advised to plead guilty even when prosecutors lack enough evidence to convict them.

One woman charged with homicide after a late miscarriage is serving 22 years in prison. For abortion, prison sentences range from six months to two years, more if the crime is considered aggravated. In lieu of prison time, some women receive alternative sentences, such as community service work in orphanages.

Ecuador’s National Assembly is currently debating changes to the criminal code, including the decriminalization of abortion in all cases of rape and incest. A final vote was expected by June. Meanwhile there is widespread sexual violence and teen pregnancy; almost 14,000 rapes were reported in the last three years, with more than 700 of them girls under age 10. Feminist activists have brought a surge of attention to the issue with public demonstrations.
SOURCES: Al Jazeera, by Reuters News Agency, 30 May 2019 ; PHOTO: Dolores Ochoa, AP ; The Nation, by Zoë Carpenter, 17 May 2019