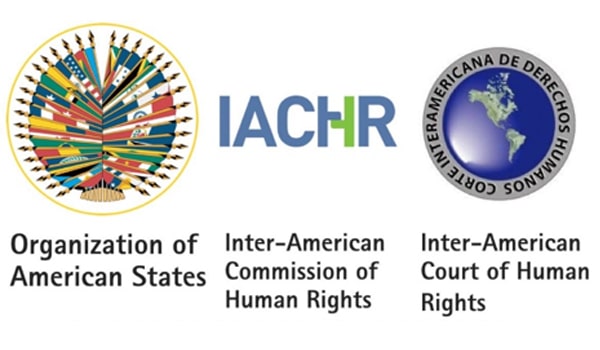 From 2001 to 2002, Paola del Rosario Guzmán Albarracín, a student at a public high school in Guayaquil, Ecuador, was sexually harassed and seduced by the vice-principal, after having requested his help to improve her declining academic performance. When she appeared to be pregnant, the vice-principal urged her to terminate the pregnancy and requested the school doctor to provide an abortion. The physician agreed to carry out the procedure, but expected Paola to have sexual intercourse with him as a condition. On 12 December 2002, Paola swallowed a lethal dose of white phosphorus and fell ill at school. School authorities did not take effective measures to provide or summon medical assistance or contact her family. Paola’s mother learned of her daughter’s condition from a classmate and went to the school to bring Paola to a hospital. Paola died in hospital the following day. She was 16 years old.

After Paola’s death, her family discovered the acts of harassment, coercion and sexual abuse that she had suffered. Although they filed several complaints against the vice-principal and the school, the Ecuadorean justice system neglected the case and failed to conduct a proper investigation and deliver justice. With legal help from a local NGO and the Center for Reproductive Rights, Paola’s family brought her case to the Inter-American Commission on Human Rights, which held a public hearing in 2015 and issued a Merits report with recommendations for Ecuador. When Ecuador failed to comply, the Commission submitted the case to the Inter-American Court of Human Rights (IACtHR), which held eight hours of public hearings in January 2020.

On 24 June 2020, the Inter-American Court issued an 85-page ruling (in Spanish). In a ten-page analysis in English, Esteban Vallejo Toledo emphasises that IACtHR decisions are not only viewed as a form of reparation, but also as legal norms that directly affect national legal orders. As such, from a legal perspective, the Court’s final decision on sexual violence in educational settings will contribute to improving the legal orders of Ecuador, and of other member states of the Inter-American System of Human Rights.

The Court concluded that: (1) Ecuador had violated Paola’s rights to life, integrity, dignity and education. Likewise, Ecuador had not prevented acts of violence against adolescent women and had abstained from implementing policies to do so; (2) Ecuador had infringed rights to judicial protection, and equality before the law; (3) Ecuador had contravened the right to psychological and social integrity of Paola’s mother and sister, who suffered trauma and social stigma, then spent decades struggling for justice. On the other hand, (4) Ecuador could not be proven responsible for alleged acts of torture, nor cruel, inhuman or degrading treatment, because extreme sexual violence could not be proven, and because a negligent autopsy had left Paola’s presumed pregnancy and hence her obstructed abortion unproven.

To endorse and complement the recommendations already presented by the Commission in 2018, the Court ordered Ecuador to: (1) provide any physical and mental health support needed by Paola’s relatives; (2) publicize the Court’s decision; (3) publicly acknowledge its responsibility; (4) grant a senior high school degree to Paola; (5) institutionalize an official day against sexual violence in schools; (6) implement policies to prevent harassment and sexual violence within schools as well as protocols to investigate cases of harassment and sexual violence within schools and to protect victims and witnesses; (7) provide comprehensive monetary reparations to Paola’s family; and (8) submit a progress report to the Court within one year.

It is hoped that this important first decision will raise awareness and prompt important reforms to protect children and teenagers from sexual violence in Ecuador and throughout the Americas.