Home » News » DR WILLIE PARKER – The abortion doctor and his accuser: What does it mean to take women’s claims of sexual assault seriously? 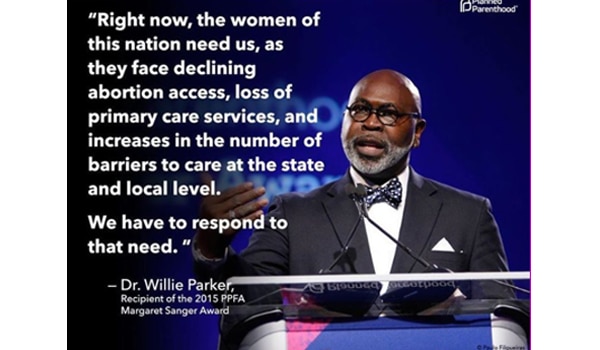 Katha Pollitt, widelyrespected US feminist journalist, writes: “Until March 25, 2019, Dr Willie Parker was a highly respectedand much-loved abortion provider in Alabama, the celebrated author of abest-selling book, Life’s Work, in which he defended abortion from a Christian perspective,and a frequent, charismatic speaker and honoree at pro-choice conferences andevents. An imposing middle-aged black man who grew up poor in Alabama, he wasthe movement’s rock star. That all changed overnight, when Candice Russell, a35-year-old Latina volunteer in Dallas, posted an articleon Medium, “To Allthe Women Whose Names I Don’t Know, About the Pain We Share, the Secrets WeKeep, and the Silence That Shouldn’t Have Been Asked For.”

“Although her account was somewhat hard to follow, she basicallyaccused him of rape – having sex with her when she was far too drunk to consent– about two years earlier. Parker’sresponse denying that their sex wasnon-consensual went up on Mediumthe next day, but its unapologetic tone only made matters worse. Within 48hours, he resigned under pressure from his board positions with the Religious Coalition for Reproductive Choice and Physicians for Reproductive Health and then from Lady PartsJustice League (now the Abortion Action Front). Before long,he had lost or backed out of his upcoming engagements. I didn’tunderstand at the time why there was such eagerness to cancel him, and I stilldon’t. Why didn’t movement leaders follow long-time black feminists LorettaRoss and Toni Bond and resist the rush to judgment? Why not say, “These areserious allegations, and we’re going to look into them”?…. (continues)