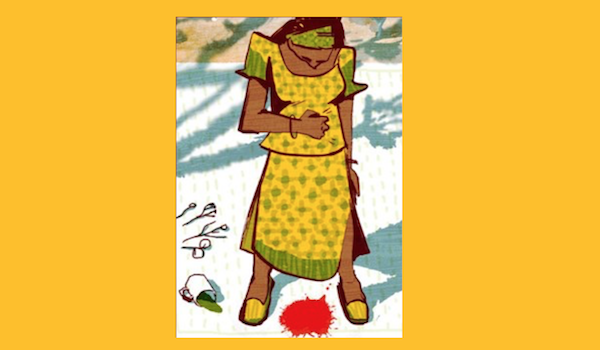 Abortion is banned almost without exception in the Democratic Republic of Congo, but countless women still terminate their pregnancies illegally and dangerously.

“Fatima” lives with her two children in a mud brick home on the outskirts of Lubumbashi. She used to have a husband, but he disappeared last year after she learned that she was pregnant with their third child. When Fatima was around three months pregnant, she decided she needed to end her pregnancy. The harsh law doesn’t stop Congolese women from getting abortions secretly from a gynaecologist or with the help of a midwife. Fatima couldn’t afford that. She remembered hearing older women from her neighborhood speak of how to induce a miscarriage using herbs and various plant roots, and decided this was her only option. She took a concoction of local herbs and stuck other herbs into her vagina. Within a day, she started to suffer from severe cramping and began bleeding heavily. for the sake of her two children. She summoned enough strength to make the half-hour ride to a clinic in Lubumbashi on the back of a bicycle taxi while haemorrhaging blood. The clinic was far from a legitimate hospital, she said: a tiny structure down a back alley that may not have been run by licensed doctors. The medical staff was able to save her, but then when it came time to pay the $150 for treatment, Fatima didn’t have the money. Until she could convince a relative to pay the fee, three months later, the clinic held her hostage, she claims. At night, she slept chained to a cot; during the day, the clinic kept her youngest child as collateral while she searched for odd jobs.