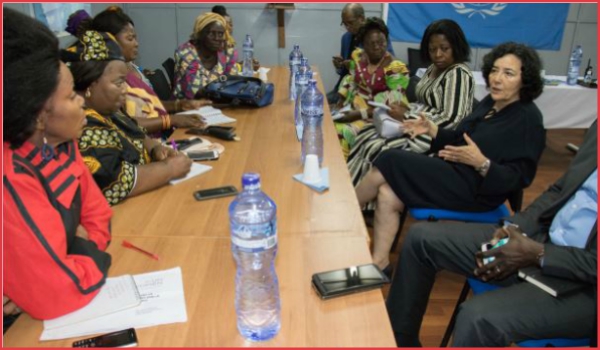 There has been an historic shift in abortion policy in the DRC, made possible by the country’s constitution, which states that international treaties ratified by the government shall supersede national laws once those treaties are published in the nation’s legal gazette. The DRC ratified the Protocol to the African Charter on Human and Peoples’ Rights on the Rights of Women in Africa (known as the Maputo Protocol) in 2008. Because Article 14 of this protocol explicitly requires signatory states to protect women’s reproductive rights by authorizing legal access to abortion, all that remained to be done for this to become law was to publish the Maputo Protocol in the legal gazette. Women can now legally access abortion under the following conditions – in cases of sexual assault, rape or incest, or when the continuing pregnancy would endanger the mental and physical health of the woman or the life of the woman or the fetus.

“Months of advocacy by Ipas and our strategic partners in the DRC helped achieve this huge step forward for women’s rights,” said Patrick Djemo, Country Representative of Ipas DRC. “Now we’re supporting the Ministry of Gender in the roll-out of a campaign to raise awareness within the government and with the wider public of this important legal change, so that we ensure women will be able to exercise their right to access safe, legal abortion.”

But the process of educating all relevant sectors of the government and society to build support for gazetting the Maputo Protocol was no small task, says Djemo. Ipas worked with the ministries of health, gender, youth, finance, planning and education – plus with the national police force, judges, civil society organisations, professional associations, and other partners – to raise awareness of the problems that existing legal restrictions on abortion and contraception had been causing in the country, such as barriers to accessing contraception, a high rate of unsafe abortion and women and girls suffering deaths and injuries as a result.

On 14 March 2018, the protocol was finally published. To ensure the nation’s courts and civil and military prosecutors’ offices are aware of women’s newly expanded right to access safe abortion services, Ipas also worked with the President of the Constitutional Court and key stakeholders in the Ministry of Justice to issue a legal memo that clarifies women’s abortion rights under Article 14. The legal memo also reminds officials that health facilities are now legally obligated to offer abortion services for the broad range of conditions Article 14 outlines.

Ipas and local partners are now working to educate all relevant stakeholders – including women and communities – on the change in legal abortion indications, as well as to conduct research on abortion-related stigma and its impact on women’s knowledge, attitudes and behaviors related to abortion and contraception. Ipas will also work with the Ministry of Health and key partners to draft new standards and guidelines for comprehensive abortion care.