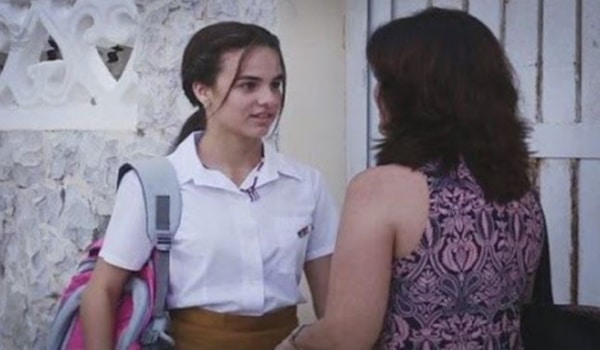 There is a debate about abortion going on in Cuba today, triggered by the TV soap opera ‘El rostro de los dias’ (The Face of Our Days). According to the Havana Times, hundreds of comments from activists, experts and citizens have taken over social media. In the episode concerned, teenager Lia becomes pregnant as a result of sexual abuse by her stepfather, and the question of whether she should continue the pregnancy or not is raised by other characters in the story.

There have been heated exchanges challenging the fact that abortion is legal in Cuba, sparked by anti-abortion posts about the soap opera, including from the Conservative Right, who oppose many sexual and reproductive rights. Some posts in public Facebook groups such as La Chopi or Madres cubanas por un mundo major (Cuban mothers for a better world) say that “the child isn’t to blame… Even though it will always remind the girl of the trauma she experienced in her teenage years…” This continued for two weeks after the episode was screened.

Nevertheless, most of the responses were from people and groups who defend the right to abortion, which was decriminalised in Cuba in 1965. Maryam Camejo, director of Con/texto Magazine, for example, pointed out that women around the world are fighting for rights over their own bodies, and do not need teaching “how to help a girl who has been raped to have the child” or “how they will be able to love it”. In another post, she criticised the stereotypes of motherhood depicted on the TV show, given that it is possible not to want a child. Others have responded similarly. However, the episode also opened up a discussion about other subjects that Cuban society rarely talks about, such as child sexual abuse.

The 1965 abortion law was based on four basic principles: it is the woman’s decision, it must be carried out in a hospital, by trained professionals, and be free. Official legalisation came in 1987, when the Penal Code (which is still in force today) stipulated that abortion is only a crime when it is carried out for profit, outside of health institutions, by non-medical staff, and/or against the woman’s will.

The article concludes by saying that feminists and other experts have been warning about the rise in anti-abortion discourse in public debates. They argue the need to protect abortion as a specific right within Cuba’s legal framework to respond to this discourse.