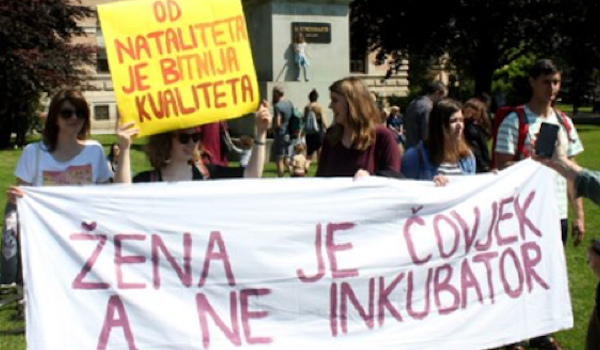 The Center for Reproductive Rights and the Center for Education, Counselling and Research submitted amicus briefs to the Court that explain how international human rights law, comparative European law and international public health and clinical standards support women’s right to access safe and legal abortion.

Croatian legislation on abortion, adopted in 1978, allows abortion on request within the first 10 weeks of pregnancy and thereafter when a pregnancy is the result of a crime, if there is a risk to a woman’s health or life, and in cases of severe fetal impairment. The Court ruled that by allowing women’s access to abortion in these circumstances, the law gives effect to women’s constitutional rights to privacy, liberty, and personality and complies with international human rights law and comparative European law. As the 1978 law predated the current Croatian Constitution, the Court requested that the Croatian Parliament adopt new legislation within two years.

Photo translation: Quality: more important than the birth rate / A woman is a person, not an incubator