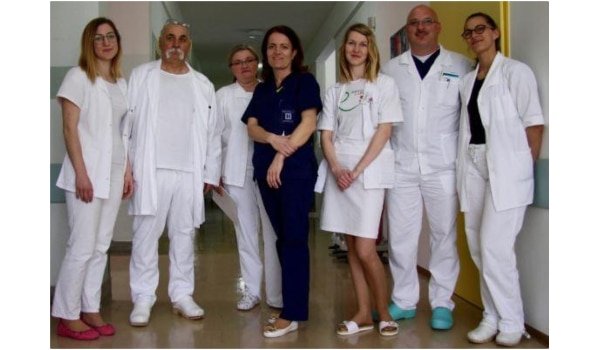 In February 2019, we reported that the cost of an abortion in Bosnia & Herzegovina (BiH) was two times lower than in Croatia, and that some women from Croatia were consequently deciding to have an abortion in BiH.

Now, a recent investigation has found that Croatian women who live near the border with Slovenia are crossing that border for abortions too, in spite of the fact that both countries have a similar abortion law. The smallest general hospital in Slovenia, in the town of Brežice near the Croatian border, saw 54 women for abortions in 2018 and 25 women in the first three months of 2019, most of them from Zagreb, which is only 32 km away. Almost all the women asked for medical abortion pills, which required them to travel twice, once for the mifepristone and again for the misoprostol. On the second visit, they are given a room where they wait until the abortion has taken place. Most of them are in their late teens or early 20s, some are older, but can be as young as 15.

Their reasons include better access to medical abortion pills, lower cost of the services, wanting to be away from home where no one knows, and the growing problem of conscientious objection in Croatia. In Croatia, anti-abortion organisations have received at least half a million Euros from foreign sources over the last five years. These donors are not named in annual reports. In contrast, anti-abortion influence in Slovenia is low and conscientious objection is rare. Hospital director Anica Hribar argues that the Catholic Church’s influence on women’s choices is not having such an effect: “I think women [in Slovenia] are quite strong, they don’t want to take us back 50 years.”

In Croatia, the upsurge in “objection” has shocked many in the medical profession. Jasenka Grujić, a pro-choice gynaecologist, argues that behind this boom is “the silent work of the Catholic church” and “many loud organisations” who speak on the Church’s behalf: “I think my colleagues who use the conscience clause are not on the side of women, but on the side of the Catholic church. They are traitors of the women, they are not professionals.”

Because the majority of doctors in Croatia are invoking conscience, many junior doctors feel they have to conform, argues Grujić. But there are also other sensitive situations which touch on political tensions. “One of my colleagues is of Serbian nationality, and he had no conscientious objection to abortion,” says Grujić. “But somebody told him he was a killer of the Croats, and after that he said: ‘From today I have conscientious objection, and I am not doing abortions’.” Other doctors are claiming abortion is not a medical procedure, but something cosmetic.

In 2013, a citizen’s initiative supported a referendum on changing the Croatian constitution to clarify that marriage can only be between a man and a woman. Of the Croats who voted, 66% supported keeping marriage heterosexual. This led to a broader Catholic movement forming, which has been called a conservative revolution. Polish anti-abortion groups are said to be sharing strategies with a new Croatian group.

Anti-abortion groups in Croatia complained to the Constitutional Court that the 1978 former Yugoslavian abortion law was unlawful, as it violated Croatia’s 1990 Constitution which states in Article 21 that “every human being has the inalienable right to live”. But as the 1978 law predated the Constitution, the Court requested that the Croatian Parliament adopt new legislation by early 2019. The deadline passed with no new law in place. In the interim, the Minister of Health has appointed an advisory group of “specialists” to analyse legal solutions and experiences in EU countries on the subject. However, the choice of participants has been criticised by civil society as the only gynaecologists included support conscientious objection to abortion. “It is mad, it is not possible that not one person does not believe [in conscientious objection] in this group,” said Jasenka Grujić, pro-choice gynaecologist.