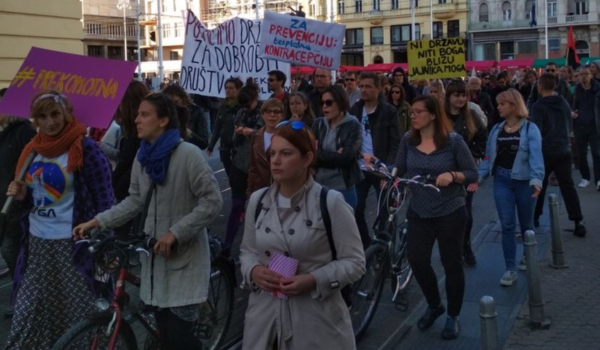 The cost of an abortion in Bosnia & Herzegovina (BiH) is two times lower than in Croatia. More women from Croatia are consequently deciding to have an abortion in BiH. Even though doctors can claim conscientious objection in both countries, the situation in Croatia is worse as public pressure to refrain from abortion is higher there. The problem in Croatia is worst for women from smaller towns and villages who may find that no one will provide an abortion, forcing them to go to clinics in Sarajevo. Recently, one woman confided in Dr Emina Sarajlija Pavlović that the doctor from the previous clinic she visited attacked her and said “No abortion, you should give birth to that child.”

The 1977 Law on Abortion in BiH is one of the most liberal in Europe, but abortion is still not available to everyone under good conditions in BiH either, leading to the practice of illegal abortions. The Sarajevo Open Center learned that the healthcare institutions in certain cantons do not cover the costs of therapeutic abortion, even though they are obliged to do so, and that some clinics provide only therapeutic abortions but not abortions on request, which are legal up to ten weeks. The number of unwanted pregnancies in BiH is high because of low contraceptive use. The societal perception is that abortion is a taboo topic in conservative minds. Moreover, the government has registered foundations that claim abortion damages women’s health and leads to lower birth rates, and these groups are gaining momentum in the Western Balkans. Activists and experts estimate that more than half of Croatian medical staff use their right to deny care based on their personal views. This is happening in BiH as well, though not as widely.

“Fast way of living, bad financial situation, not enough information on contraception possibilities and premature sexual intercourse could be named as some of the reasons that lead to increased number of unwanted pregnancies. Few doctors in BiH talk to and educate their patients about contraception, and contraception is expensive. If contraception were free [and there was sex education in schools], I believe they would definitely have fewer abortions,” said Dr Pavlović.