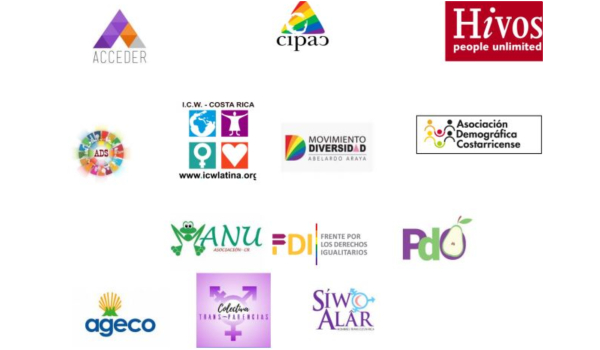 On 13 May 2019, Costa Rica will be examined during the Universal Periodic Review by the UN Human Rights Council, which reviews all states with the aim of improving the situation in each country as regards respect for and guarantee of the human rights of all people.

In anticipation of this examination, civil society organisations in Costa Rica launched the campaign “Costa Rica and human rights: available or not?”. Our shadow report will be made public on 3 April with contributions from 18 national organisations and one regional organisation, who will have a representative in Geneva to present the report. They include: Asociación Ciudadana ACCEDER, Iglesia Luterana Costarricense, Asociación MANU, ICW, AGECO, Asociación Demográfica Costarricense, ADS, Movimiento Diversidad, Peras del Olmo, CIPAC, Frente por los Derechos Igualitarios, Hivos, and others that joined this year.

They write: “Our civil society report describes the setbacks and challenges in our country to recognise and protect the human rights of all people. It denounces the deficiencies in the fulfillment of the legal obligations that derive from the international human rights treaties, including the Convention on the Rights of the Child (and of the girl) as well as the Convention on the Eradication of All Forms of Discrimination against Women (CEDAW). This month also, our Shadow Report was sent to the Committee on the Rights of the Child, whose review should take place in the second half of this year.

“Among the problems our report outlines are:

“As long as there is no recognition and protection of sexual rights and reproductive rights, Costa Rica cannot become a real democracy.”