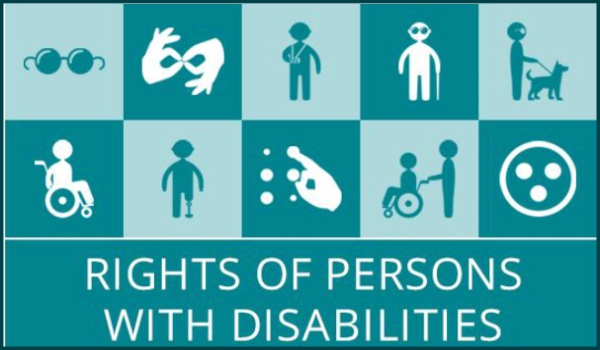 Women and girls with disabilities have historically been denied the freedom to make their own choices in matters relating to their reproduction. In the healthcare sector they experience multiple discriminatory practices. Women and girls with intellectual disabilities are particularly vulnerable to coerced or forced medical interventions. The present article considers the contribution the Convention on the Rights of Persons with Disabilities makes towards affirming the rights of women and girls with disabilities to enjoy reproductive autonomy, including autonomy related to reproductive health, on an equal basis with individuals without disabilities. The Convention is paradigm-setting in its maximal approach to affirming the rights of individuals with disabilities to make autonomous choices under conditions of equality and non-discrimination. The Convention is the first human rights treaty to clearly affirm that impairment of decision-making skills is not a justification for depriving a person with cognitive or intellectual disability of legal capacity.

Synopsis – This Convention has transformative potential to protect against coerced medical interventions, and to affirm reproductive autonomy, for women and girls with cognitive disabilities.

Excerpts from the main text –

On account of laws, policies and practices informed by harmful stereotypes, women with disabilities experience multiple forms of discrimination in the health care sector. Discriminatory practices include subjection to forced treatment procedures such as contraception, sterilization and abortion, denial of information on comprehensive reproductive education, including on all aspects of reproductive health, lack of transport to attend health care facilities, and denial of access to facilities and services through attitudinal barriers or failure to render the facilities and services accessible for persons with disabilities.

The Convention on the Rights of Persons with Disabilities brings additional insights to a holistic understanding of reproductive autonomy. It does so by tailoring reproductive autonomy to the specific needs of persons with disabilities and imposing state obligations which enhance the Convention’s civil, political and socio-economic rights components.

To understand the intersection of the Convention on the Rights of Persons with Disabilities with reproductive autonomy, it is necessary to first appreciate its general philosophical orientation towards disability. The [Convention] builds its human rights approach on an understanding of disability commonly described as the “social model” in contemporary disability rights discourse. This approach places ultimate emphasis on imposition of societal duties to accommodate disability. The social model was developed by disability rights activists as a conscious political strategy to move away from traditional constructions of disability as inherent in the person to raise awareness of disability as oppression and discrimination that is socially constituted and sustained by existing social arrangements. In this sense, the social model serves as an antidote to a “medical model” of disability in which the emphasis is on understanding disability as the bodily or mental impairment of the affected individual for which the affected individual or family has primary responsibility to meet any needs arising from the impairment.

More significantly, the Convention inscribes “autonomy” as one of its key principles and is the first human rights treaty to do so.

The Convention does not expressly address abortion. However, several of its provisions have implications for the interpretation and application of women’s rights, where otherwise lawful, to access safe abortion in two main ways.   First, the its affirmation of women and girls with disabilities to equality and non-discrimination, including in respect of reproductive autonomy and reproductive health, means that domestic laws can neither compel nor deny access to safe abortion to women with disabilities.

Second, regardless of the controversy that attends abortion, including abortion on the ground of fetal health, impairment or disability, the Convention does not preclude. The Convention guarantees rights only to “persons with disabilities”. It therefore continues the trend found in other United Nations treaties of not conferring the status of personhood, and therefore not guaranteeing human rights, to a fetus. In this sense, the provisions of the Convention should be understood as applicable without exception to all rights to reproductive autonomy and health that enjoy recognition under international law, including the right to safe abortion. Existing United Nations treaties are silent on whether abortion is a human right. Nonetheless, it is now well-established that the lack of express provision does not preclude the recognition of a right to access safe legal abortion.