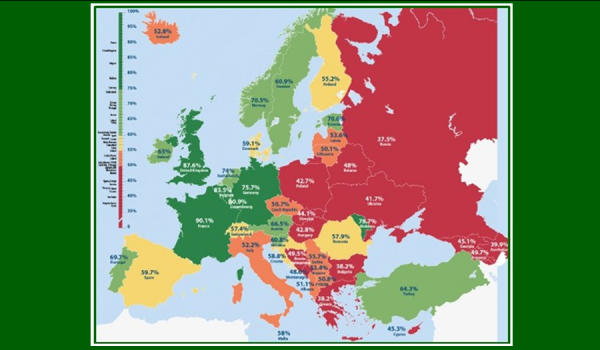 Country rankings on access to contraception in 45 European countries

The Contraception Atlas at www.ContraceptionInfo.eu is a map that scores 45 countries in Europe on access to modern contraception. It was launched on 14 February in Brussels. The scores are based on access to contraceptive supplies, family planning counselling and online information. They reveal a very uneven picture across Europe.

The European Parliamentary Forum on Population & Development (EPF) produced the Atlas in partnership with Third-i, while experts in sexual and reproductive health and rights designed the methodology.

“Access to contraception should be a key concern of governments in empowering citizens to plan their families and lives. Yet every country we analysed should be doing more to improve access. Our findings show that for many European countries, ensuring that people have control over their reproductive lives is not a priority,” commented Neil Datta, EPF Secretary. “This is borne out by statistics on unintended pregnancy: over 43% pregnancies in Europe are unintended. Contraception is used by 69.2% of European women aged between 15 and 49 who are married or living with a partner – lower than the usage rates of both the North America and Latin America/Caribbean regions.”

European Union countries dominate the top ten places; however, there are also six EU member states among the ten worst performing states. Bulgaria and Greece are close to the very bottom but Russia does worst.