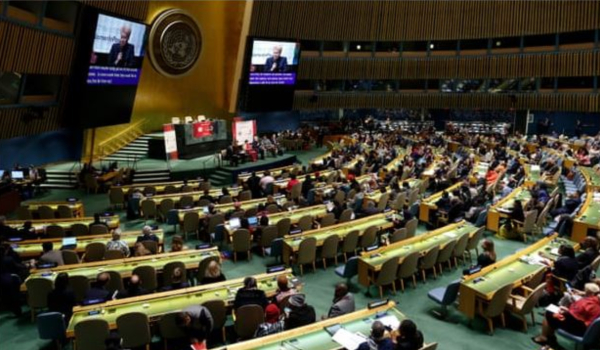 Universal Health Coverage (UHC) has been a major focus of those involved in health systems and health systems financing for many years now. That work is about to come to fruition. A one-day, high-level meeting is scheduled for 23 September 2019 in New York City, the day before the UN General Assembly opens. It will focus on the theme: ‘UHC: Moving Together to Build a Healthier World’. It will approve a “concise and action-oriented political declaration” that will be agreed in advance by consensus through inter-governmental negotiations at an interactive multi-stakeholder hearing, which will take place before the end of July 2019.

The multi-stakeholder meeting will be organised by the World Health Organization and other relevant partners, “with the active participation of appropriate senior-level representatives of Member States, observers of the General Assembly, parliamentarians, representatives of local government, relevant United Nations entities, non-governmental organizations in consultative status with the Economic and Social Council, invited civil society organizations,” and others. This work is well underway and a substantial list of SRHR interventions and procedures is intended to be included.

These inter-governmental negotiations and the UHC final document are of importance for those of us working for sexual and reproductive health and rights, including safe abortion, because as with all high-level UN meetings, the consensus document agreed will have a major influence on national policy, and in this case also financing issues. The UHC document is intended to outline a “package of essential services”, that is, the content of health services is on the table as well as broader health systems and health systems financing issues. Services not deemed essential may be sidelined. As ever in international fora, SRHR issues are at risk.

What happened at the Commission on the Status of Women (CSW), as reported on 21 March, is apropos to this. News was circulated that morning that President Trump had formed “an international coalition” at CSW to “expunge all references to universal access to SRHR from the annual document”. Moreover, the US delegation tried to replace the word “gender” in the outcome document with references only to women and girls, and sought to refuse to reaffirm the US commitment to the Beijing Declaration and Platform for Action, agreed at the 4th World Conference on Women in 1995.

Even more insidious, it was reported that there was a systematic and widespread refusal of visas to enter the USA to many women from developing countries, which stopped them from attending CSW at all. Margaret Owen, director of Widows for Peace through Democracy, said: “US embassies and consulates appear to be mandated, under the present US administration, to bar applications from NGOs using quite unjustified demands for documents. These refusals are in breach of the 1947 agreement with the US, at the launch of the UN, that it should facilitate the participation of civil society in UN meetings in New York.”

Apparently, Trump’s new coalition plans to continue to operate in all international level meetings; hence, not only is the UHC final document at risk but also the upcoming ICPD+25 document as well.