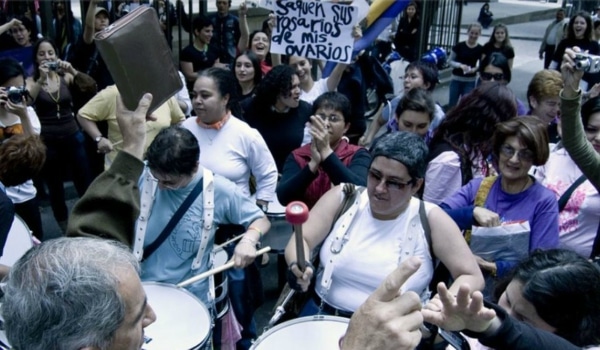 In 2006, the Constitutional Court of Colombia issued a landmark ruling that decriminalised abortion when the life or health of the pregnant woman is at risk, when the pregnancy resulted from rape or incest, and when the fetus has a serious condition incompatible with life.

On 17 January 2020, an anti-abortion activist filed a petition in the Constitutional Court of Colombia calling for a blanket ban on abortion, claiming that the legal grounds for abortion since 2006 were inciting the sexual abuse of minors and forced abortions, and shielding child rapists from criminal prosecution. What proof she had, if any, was not reported.

The petition did not have the desired effect, however. For one thing, it reopened public discussion on abortion. It also led Magistrate Alejandro Linares of the Constitutional Court to ask why abortions are still illegal in Colombia and what the consequences of criminalization are. He ordered the Ministry of Justice, the Office of the Attorney General and health professionals to provide a justification for why abortion should remain a crime, even on the grounds that have been legal since 2006. He wanted to know, for example, whether the criminalisation of abortion violates women’s sexual autonomy and reproductive rights. He also asked the Health Ministry, the World Health Organization and Profamilia for statistics on abortion, and for a description of problems that Colombian women and health workers might encounter if they want to abort a pregnancy. Groups such as La Mesa, Orientame and Global Doctors for Choice Colombia have made submissions. He also asked for advice on what would be an ethical time limit for abortions.

Alongside these events, the Court had ordered that a policy to regulate provision of legal abortions be implemented, as proposed by Health Minister Juan Pablo Uribe. The proposal obligates hospitals and other health intermediaries to ensure that trained personnel are available to carry out legal abortions. The lack of regulation since 2006 has been highly problematic. While some hospitals do provide abortions, because individual physicians are willing to do so, other hospitals refuse to do any abortions at all. Statistics show that some 400,400 Colombian women and girls had an abortion in the preceding year. Only 322 of them were reported as legal, while the rest took place outside the law, according to the Guttmacher Institute.

Moreover, some 5,833 criminal complaints have been filed since 1998 against women who had an abortion in Colombia, many by physicians. Almost 3 out of 10 of these involved rape victims, whose abortions after 2006 were legal. Some 80% of the complaints did not lead to charges against the women, mainly because prosecutors saw no merit in them or because the abortions were done on legal grounds. However, some 472 cases were tried in court, with 264 women convicted and 199 minors sanctioned. Only 20 women and girls were acquitted, and there are currently 96 women and girls on trial for illegal abortion, and another 1,365 cases pending.