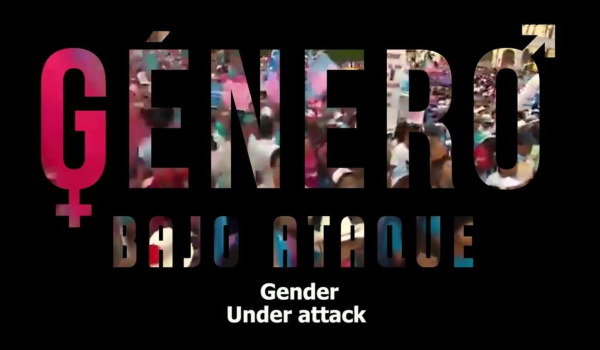 This documentary (in Spanish with English sub-titles) has just been released by CLACAI (Latin American Campaign against Unsafe Abortion). It portrays the way in which attacks against a twisted concept of “gender ideology” in four countries are being used to gain political power by right-wing conservative politicians supported by conservatives in the Catholic and evangelical churches. In Costa Rica, in a recent national election campaign, a conservative candidate espousing evangelical views against equal marriage and human rights, and against “gender” almost succeeded in becoming the president of the country. Next in Peru, the film looks at the extent of sexual violence and abuse that exists in Peru, and the curriculum that was developed by a respected civil servant to raise these issues in schools by teaching about gender equality (who lost her job as a result). There was a religious-led counter-movement and condemnation of anything labelled with the word “gender”. Through litigation, conservative groups had “gender” removed from the school curriculum. Yet the whole aim had been to challenge and reduce sexual violence and abuse. In Colombia, the film describes how the referéndum to approve the peace agreement between the government and the FARC was destroyed by an evangelical campaign claiming that the peace agreement was intended to open a door to “sexual anarchy”. This was only because the peace agreement, in relation to the violence experienced by so many women during the 52 years of civil war, mentioned gender. The 4th report, about Brazil, shows how evangelical religious groups have taken advantage of the country’s deep political crisis to recruit a rapidly growing number of followers, attack “gender” in educational programmes as part of a wider campaign against freedom of speech, push Dilma Rousseff out of office, and help to put a fascist in power. The underlying theme throughout the documentary is of seeking political power based in right-wing ideology through religion. It is blatant and chilling.

CLACAI are planning to show the documentary in cinemas, which they are working on now. They also plan to produce shorter versions of 40 minutes and 10 minutes, to be used in workshops and for group discussions. A must-see!