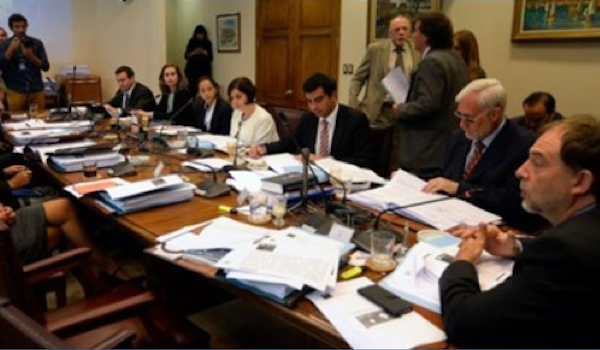 A news report on 1 April revealed that several anti-abortion Senators have sought to modify the ground of risk of the woman’s life, to say that “all legitimate medical practice to save the life of the mother that, as a result, ends the life of the fetus is not abortion”. However, although they claim that this rewording is “with nuances of grammar, but similar in its intention”, in fact this is an anti-abortion substitute for making abortion legal if there is a risk to the woman’s life. This is the language of the Dublin Declaration on Maternal Healthcare of 2012, which states unequivocally that abortion is never medically necessary, even to save the life of a pregnant woman. It is a kind of double-speak that led to the death of Savita Halappanavar in Ireland, where the Declaration was published just before her death. Abortion rights advocates should oppose it, if they are not doing so already.

The Government, for its part, reintroduced a number of grounds that had been rejected in the Chamber of Deputies; among them, the right to decide on abortion at the age of 14 years and the elimination of the requirement to report any woman who has an abortion to the police, which is currently required of clinicians.

The deadline for Senators to propose any further changes has passed. The next step in the process began on 4 April, in the Senate Health Committee, chaired by Senator PPD Guido Girardi, the new President of the Commission. He assured the Committee that they will hold no more hearings, and that now was the time to legislate and that they were going to discuss all the grounds. In total, there were 120 amendments to the bill, which they began to review during the week of 10 April.

In line with the Government’s views, Senator and presidential candidate Alejandro Guillier is supporting permitting abortion in cases of rape up to 18 weeks of pregnancy and restrictions on the exercise of conscientious objection, requiring prior written notification, a rationale and the approval of the director of the health facility concerned.

Other changes proposed by anti-abortion Senator Andres Zaldivar are to lower the “intensity” of the criminal prosecution of women having abortion, i.e. reducing but not eliminating prison sentences, as a “more humane approach to the problem”. This point has generated one of the largest debates in the DC party and with independent senators, who are opposed to women who have abortions ending up in jail. He has also proposed that if a fetal anomaly has been diagnosed, the pregnancy should not be aborted but the hospital should wait and “induce labour” at 22 weeks in order to deliver a live but very premature baby that will need intensive treatment to stay alive, as has been imposed in several cases, e.g. Paraguay, on young girls. This is not abortion, but it is international anti-abortion ideology and language.

In contrast, a number of pro-choice Senators have proposed to extend the grounds of risk to the woman’s life by adding the concept of “serious harm to health” as well as life. Senator Girardi was going to add that this can apply to the “present or future” but it seems he has not done so. Another proposal has been to extend the types of fetal anomaly incompatible with life to “congenital malformation, genetic alteration or acquired pathology”.

These proposals, representing the different sides on this issue, are a sign that support for this bill’s intention to permit abortion in limited circumstances is far from being secured.

Thanks to Lidia Casas Becerra for checking this text, 18 April 2017