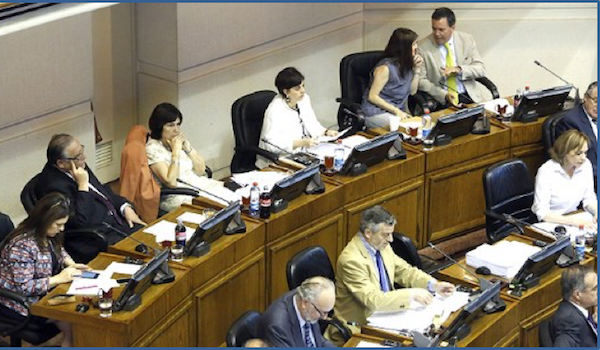 In the last two days of their just-ended legislative session, the Chilean Senate debated the abortion law reform bill, which legalises abortion on three grounds: risk to the woman’s life, rape, and fatal fetal anomaly. The proposal on the floor on 25 January was to allow all three clauses of the bill to go forward. The most disagreement was over the wording of the rape clause. One Senator said that if that clause were not amended, he would take it to the Constitutional Court, which was noted. The vote on whether to take the bill forward as a whole in its current wording to the next legislative session, which begins in March, was 20 in favour, 15 against, and 2 abstentions.

In March 2017, both the Senate’s Health and Constitution Commissions will finalise the text of each clause of the bill. The final text will hopefully be agreed and then taken to the floor of the Senate for a vote.

We understand President Bachelet has made this one her priorities before leaving office, so people are hopeful of the outcome.