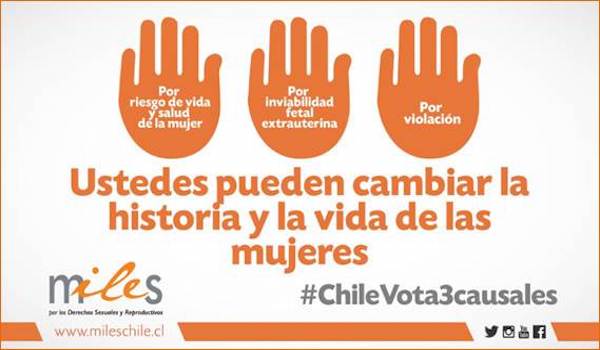 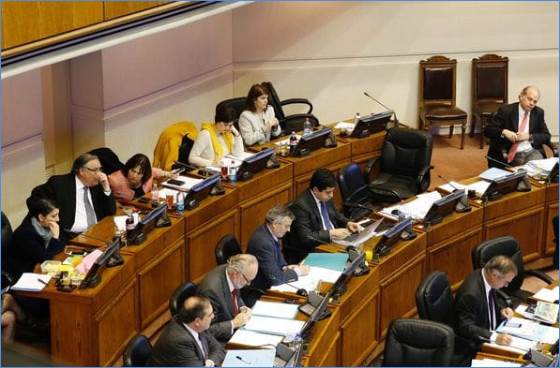 Reuters
Infobae (19 July 2017) reports that the debate was tense. When the third vote was announced, there was great applause for the supporters of the bill in the Chamber who had helped it on its way. The bill will now go to the full Chamber of Deputies, where the hope is that Chile will be removed from the list of countries that do not permit abortion on any grounds.
During the debate, anti-abortion activists had to be evicted from the premises by the police for interrupting the debate shouting their opposition to the decriminalization of abortion. The right-wing opposition to the bill has already announced that they will take a case to the Constitutional Court arguing against the bill on the grounds of protection of the life of the fetus. 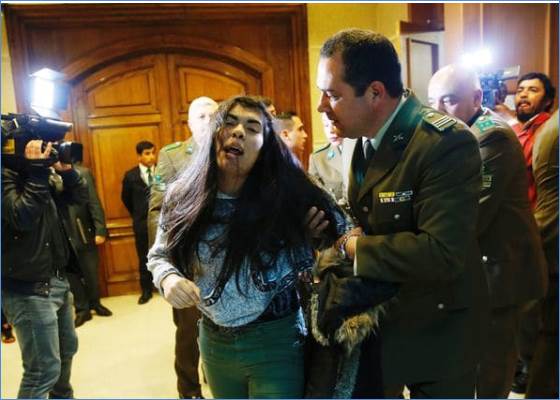 An anti-abortion supporter removed from the Chamber gallery – Reuters 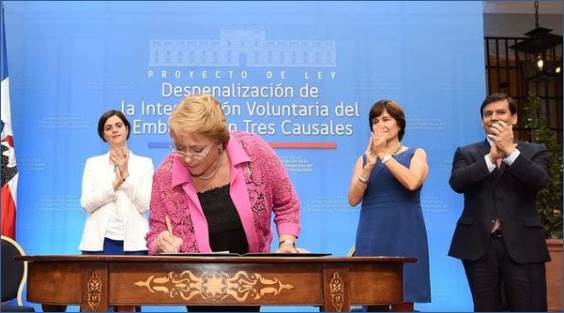 EFE
We say the greatest applause goes to Michele Bachelet for proposing the law reform in the first place and honouring her commitment to women. The bill was first tabled by her (above) in 2015. In four months’ time, there will be an election to choose her successor, who will take office in March 2018. We look forward to its passage in the full Chamber very soon.