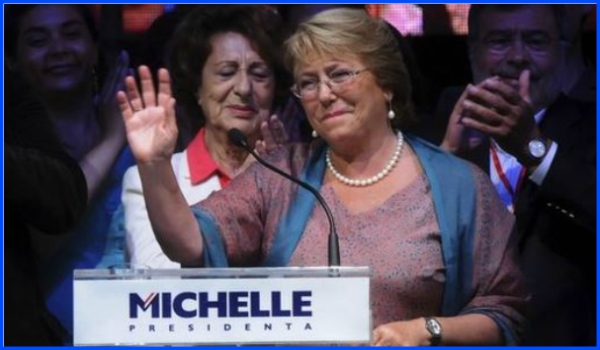 The Guardian reports that: “Chile’s president-elect, the billionaire businessman Sebastian Piñera, has unveiled a new hardline cabinet, including prominent conservative figures and some politicians once closely aligned with the Pinochet dictatorship.”

They go on to report: “The new ministerial lineup is dominated by men in their 60s. None of the most senior positions will go to women, who will head just seven out of the 23 ministries… The new minister for women and gender equality, Isabel Plá, and the incoming health minister, Emilio Santelices, were both vocal opponents of a landmark ruling last year to legalise abortion under certain circumstances…”

Oh, Michelle Bachelet, we miss you already! Come back a third time!!!