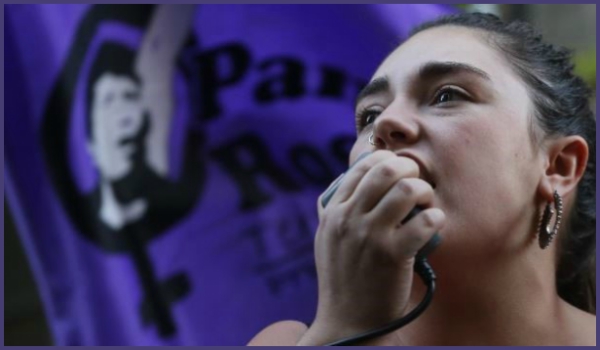 In Chile, the feminist movement is mobilising to defend the new abortion law and ensure that access to legal abortion services becomes a reality for the women who need them. However, in March, soon after the new government took power, although they had said they would not attempt to withdraw the law, the new Minister of Health Santelices moved quickly to modify the regulations for implementing the law that had been adopted under Michelle Bachelet.

Specifically, he removed a paragraph from the regulations which had prevented health institutions that receive public funds or have agreements with the state and who provide obstetric and gynaecological care to declare conscientious objection to abortion. Conscientious objection was permitted only for private hospitals and clinics. Another change was that doctors no longer need to declare in advance that they conscientiously object, but can refuse to do an abortion at the last minute if they wish. This makes a mockery of the law, especially since the 12-week time limit for abortion may easily pass before a woman finds a willing provider in these circumstances.

Protests were organised on 26 and 28 March in Santiago calling for no new restrictions on the right to abortion.

Corporación Miles, one of the main abortion advocacy groups, supported by the president of the College of Midwives, the president of the group Confusam, and the president of the Neonatology Society, called for conscientious objection to be removed from the law altogether. Representatives of the Frente Amplio (a broad left coalition) criticised the use of administrative means to change the law as undemocratic. Another left group, Revolución Democrática, expressed similar concerns, that this was a government that would try to rule by directive.

The Health Minister defended the changes, however, claiming they were only intended to protect vulnerable women.