Home » News » CHILE – In defence of women: anti-gender campaigns and abortion in Chile 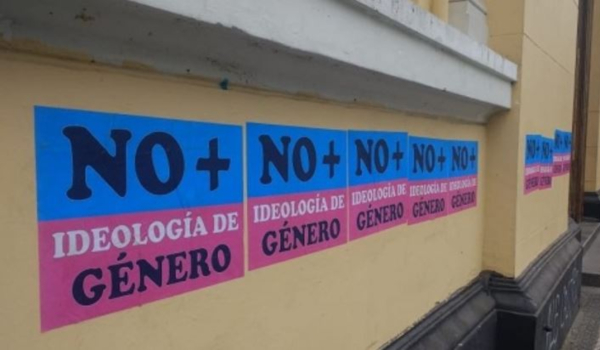 A blog, by Lieta Vivaldi

In Chile the bill that allows abortion on three grounds – when a woman’s life is in danger, when there are foetal anomalies incompatible with life, and in the case of rape – became law in September 2017. In December 2017, the right-wing candidate Sebastián Piñera was elected President and this caused concern among feminists regarding the implementation of the law, which is already very limited, especially when the Minister for Women, a conservative female politician, took office. This concern proved to be warranted, because many barriers have been enacted in order to hinder the right to abortion in which ‘anti-gender’ campaigns have had a strong influence.

“In this post I will discuss the anti-gender phenomenon in Chile, which has commonalities but also particularities with other countries of Latin America and also Europe.Specifically, I will explore the ways in which the attack toward ‘gender ideology’ have impacted upon the abortion debate and the implementation of the legislation in Chile, discussing some of the challenges feminist activists are facing today with regards the monitoring of the law and the fight for free abortion.A Spanish version of this post is also available here.

The ideology of gender’: a bit of context

There have been several publications and ongoing research projects about the phenomenon of ‘gender ideology’, its origins and socio-political impact in current political debates. In this piece I would like to emphasize, though, some aspects of the term that speak to the realm of sexual and reproductive rights, which are particularly relevant to understand Chilean sexual and gender politics.

Generally speaking, ‘gender ideology’ has been used ‘as a label representing the demands and theories of those who ‘deny nature’ and consider sexuality as part of a social construction’. According to the Catholic Church, genders are ‘real’ categories which are challenged by the social constructionism of ‘gender ideology’. Additionally, there is a defence of the ‘culture of life’ against the ‘culture of death’, the latter being defined by John Paul II as a ‘selfish concept of freedom which sees procreation as an obstacle to the development of one’s own personality’. In this way, ‘all the demands that seek to expand the legal spaces for non-reproductive sexuality are deemed as belonging to ‘gender ideology’ and as manifestations of a culture of death’. Contraception, sexual diversity demands and abortion are all part of this ideology. The condemnation of abortion in particular seems central because women are deemed to be not fulfilling the role that they are supposedly called to: ‘natural’ reproduction. Indeed, abortion entails the recognition of the separation between sexuality and reproduction and the challenge to natural roles, according to which woman’s distinctive role is reproduction and motherhood.

The blog goes on to talk about new conservative attacks on feminism as ‘gender ideology’ and the new abortion act in Chile, and anti-gender campaigns and abortion: with two examples, first conscientious objection and the use of social media, and the appropriation of feminist strategies.
FULL TEXT: LSE Blog, by Lieta Vivaldi, 12 March 2019 ; PHOTO: Paula Hollstein