Home » News » CHILE – Chilean feminist organisations called for a demonstration against racism and for free, safe, and legal abortion 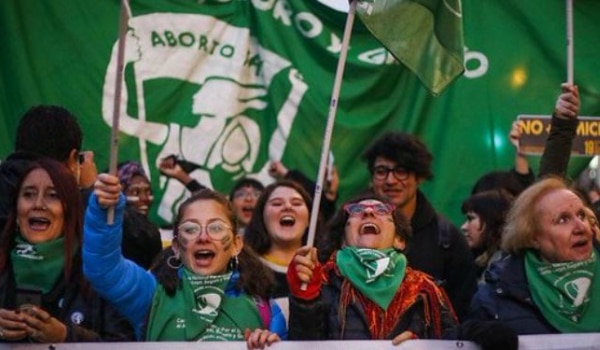 Feminist organisations in Chile called an anti-racist march for free and legal abortions for 25 July 2019 in celebration of the International Day of Black Latin American and Caribbean Women, as a joint effort to raise all voices against attacks suffered by migrant women and women with African roots in Chile. Hashtag: #AbortamosRacismo

“This year we were able to sit down and talk with Afro-Caribbean organizations, which are present in our country, to say that we join our tasks, join our struggles to address this march,” said Veronica Avila, the spokeswoman for the Coordinadora Feministas en Lucha (Coordination of Feminists in Struggle). We join the fight against racism in this country, especially in light of the latest events where we have a neoliberal right-wing government that supports neo-fascism.”

The demand of the demonstration was safe and free abortion for women, and laws against racism and sexism. The objective is to make sure all women from various backgrounds have complete control over their bodies and have sexual and reproductive rights.“We believe that motherhood should be desired. We march for everyone who could not decide. We march for those to come, so that they can own and their own lives and decide, in total freedom based on respect for their rights, what to do with their bodies, with their sexuality, and with their life plans,” their statement said.

Thousands of women went into the streets at 6pm in support of these demands, carrying the green handkerchiefs. The organisers said there were 20,000; the municipal authorities said 6,000.

In other news, Chilean President Sebastian Pinera signed into law on Thursday a bill to remove the statute of limitations on sex crimes involving children amid a sex abuse crisis that has rocked the country’s Catholic Church and claimed more than 200 victims. The law, which was first proposed in 2010, ends impunity in cases that would have previously had a statute of limitations of 5 to 10 years, depending on the nature of the crime. The new law is not retroactive. It applies to crimes of rape, sexual abuse, production of pornographic materials and prostitution involving children and adolescents. Chile’s Public Ministry says it is investigating more than 150 cases of sexual abuse or cover-up involving the Catholic Church. SOURCE: Telesur English, 11 July 2019
Meanwhile a CNN report, 30 July 2019, says the newly elected director of Chile’s National Institute of Human Rights is anti-abortion and against equal marriage.