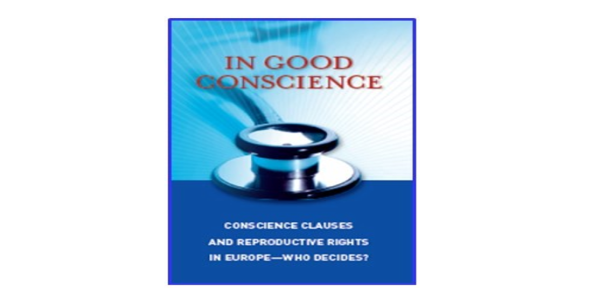 This brochure is valuable for its examples from the past decade and more of the application of conscientious objection in Italy, France, Britain, Sweden, Germany, Slovakia and Spain. It also describes the efforts of the Vatican to influence national policies in Europe and policies of the Council of Europe and other regional bodies. A particularly egregious example was in 2010, when as a result of heavy influence by anti-choice organisations active at the Council of Europe, the Council’s Parliamentary Assembly adopted a resolution on “The right to conscientious objection in lawful medical care”. The original version of the document was about the problem of unregulated use of conscientious objection. It was redacted in the amendment process to say that “no person, hospital or institution shall be coerced, held liable or discriminated against” as a result of conscientious objection. However, this resolution is not binding on European member states.