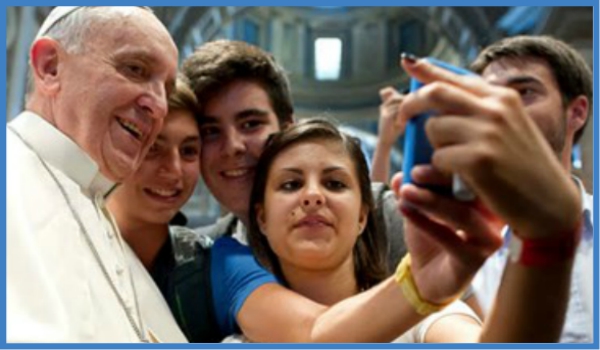 According to this article, Pope Francis is one of the most hated men in the world today. Those who hate him most are not atheists, or protestants, or Muslims, but other Catholics. Outside the church he is hugely popular as a figure of what this writer calls “almost ostentatious modesty and humility”. From the moment that he became Pope in 2013, his gestures caught the world’s imagination: he drove a Fiat, carried his own bags and settled his own bills in hotels. He asked of gay people, “Who am I to judge?” and washed the feet of Muslim women refugees.

But within the Catholic church, it seems Francis has provoked a ferocious backlash from senior conservatives who express fears that he will divide the church, and could even shatter it. Or, to put it another way, they seem to fear for their own positions in the hierarchy and maintaining their version of Catholicism within it. The central dispute, according to the writer, is between Catholics who believe the church should set the agenda for the world, and those who think the world must set the agenda for the church. That Pope Francis has with limitations allowed communion for people who have been divorced seems to be an especially acerbic subject. Some months ago, the writer of this article says, one prominent priest told him: “We can’t wait for him to die. It’s unprintable what we say in private….” Then after 10 minutes of complaints, he added: “You mustn’t print any of this, or I’ll be sacked.”… Andrew Brown did print it, and much more too.