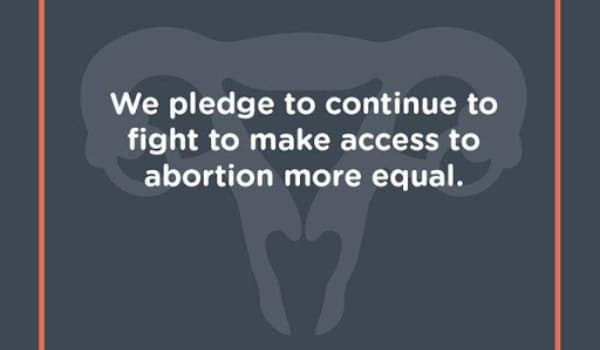 Action Canada for Sexual Health and Rights believes that the coming years, including the federal election in 2019, will be the battleground upon which we either succeed in addressing historical gaps in access to abortion care in this country, or risk backsliding on the hard-fought gains achieved decades ago. We’re asking you to join us in building a well-coordinated intersectional, diverse and powerful movement poised to take action in response to threats to abortion and demonstrate widespread support for full and equal access to abortion care in Canada. Let’s hold the line on abortion rights. Join the resistance. #CommitToResist #ISupportActionCanada @@actioncanadashr

Add your name to the petition: http://bit.ly/commitresist

Apparently 100 Canadian women had been sent to the USA for abortions since 2014 that they could not access in Canada, for unstated reasons.

At the same time, however, the Quebec government pledged to make abortions after 20 weeks accessible to women in the province, given what is happening in the USA. Bloc Quebecois MP Monique Pauzé asked for unanimous consent on a motion related to abortion. Her motion asked: “that the House of Commons reiterate that a woman’s body belongs to her and her alone, and recognize her right to choose an abortion regardless of the reason.” In response, Liberal, NDP, Green Party, Bloc Quebecois and Independent members all rose to applaud her statement.

Ginette Petitpas Taylor, the federal Health Minister, says all provinces should look to that example and commit to ensuring their citizens all have access to the full range of reproductive care in their own jurisdictions.