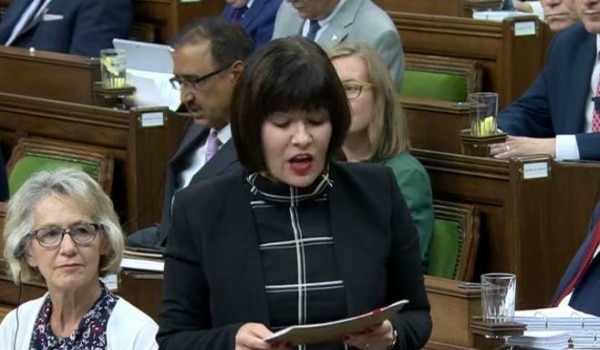 Canada’s Federal Health Minister Ginette Petitpas Taylor is asking all provinces to remove abortion access barriers, saying she is concerned about policies and fees that are “out of step” with federal law. The letter was sent after an investigation by the Globe and Mail that revealed many women across Canada are facing difficulty accessing abortion care because of costs and a lack of prescribers for the abortion pill. The letter urges the provinces to find solutions to the limited numbers of medical professionals willing to prescribe the abortion pill to their patients, which advocacy groups have flagged as a major barrier to women in small and remote communities. Examining nationwide access barriers.

Ontario still charges women for abortion care. And a spokesman for New Brunswick’s health department rejected the request for a policy change, saying they had “no intention to change the status quo”. The Minister’s office said it was too early to specify what actions it would take if they continue to flout federal health law. One clinic in Ontario, the Shore Clinic in Kitchener, say they are experiencing so much demand for abortion pills that patients must often wait two to three weeks to get them.

Some doctors have an ethical objection, but numerous clinic directors told the Globe the main reason many don’t prescribe is that they don’t want to be seen as abortion providers and some believe the care involved with prescribing the pill is too complex.

The group representing Canada’s family doctors said they shared the federal government’s concerns about access, and are committed to connecting health professionals with the education and support they need to provide this care.

Pro-Choice Cape Breton decided they were tired of seeing anti-abortion billboards on roadways around the island and in 36 hours on GoFundMe they raised $1,500 to create an abortion rights billboard. They fond an advertising company very quickly that is willing to display their message for at least one month. It will be featured in a prominent thoroughfare in the coming weeks. They are also planning to sell T-shirts that say “Mind your own Uterus” through their Facebook page. The group is now hearing from supporters who wish to see more permanent signage. And other pro-choice groups are popping up on the island, in response to anti-abortion activity.

One member of the group said what bothers her most about the anti-abortion billboards is that they are funded by a men’s group. “I’m sure if we took a magnifying glass to the lives of all these men who paid to have that sign put up and maintained year after year, there would be a few things that they wouldn’t want us to judge them on.”