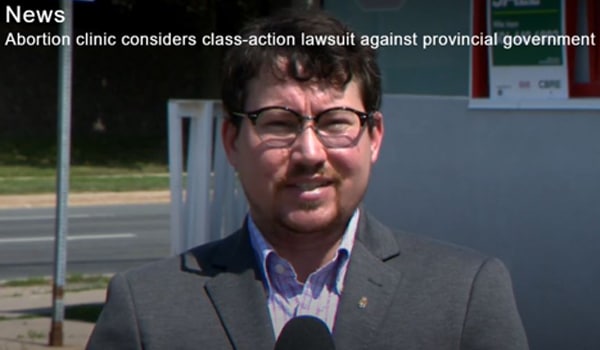 Clinic 554, the only clinic in New Brunswick that provides out-of-hospital abortion care in the province, is threatened with closure at the end of September 2020 because the provincial government refuses to pay for the abortions they provide in spite of a federal law that requires them to do so. They are therefore considering bringing a class-action lawsuit against the New Brunswick government for limiting abortion access in the province. Dr Adrian Edgar, the clinic’s owner, has consulted a legal firm and is looking for people to consider becoming involved in the suit.

In a short video on Global News, Dr Edgar says: “We’re asking the government to stop breaking the law, and their answer is ‘Make us’. It feels like we’re dealing with bullies on the Grade 6 playground, not elected officials.” Prime Minister Trudeau is also shown saying that the federal government considers the New Brunswick government to be in violation of the Canada Health Act for failing to fund these abortions and withheld money from them last year for this reason. But it was not stated whether that money was given to the clinic itself. New Brunswick Premier Blaine Higgs said the courts should decide.