On Wednesday, 28 September, we will publish more from these reports and from everyone else we have heard from. Send your reports with visuals and weblinks to: info@safeabortionwomensright.org 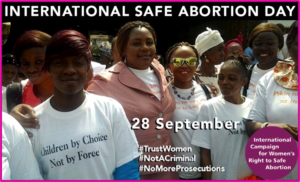