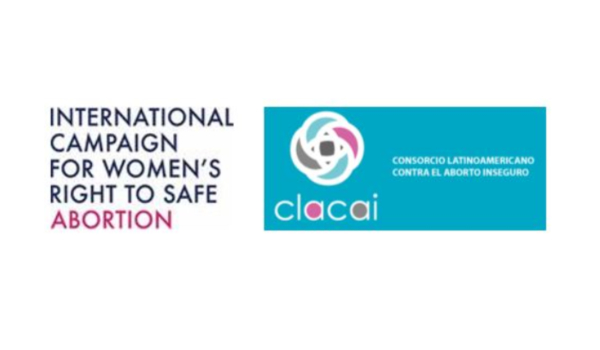 We are writing to express our disappointment at two recent pronouncements you made related to abortion, which seemed to contradict statements you had made earlier in your Papacy.

After you became Pope, you made two important statements in relation to women and abortion. First, you said that the Church should stop its obsession with the subject of abortion, and spend more time on its primary roles. We found that very hopeful because we think abortion is a public health and human rights issue, not a religious one, and we hoped your statement was an expression of understanding of the reality of women’s lives. We knew that you would not reverse the formal position the Church has taken since the mid-19th century, but we read your statement as a possibility that you might ever so slowly take the Church in a different direction.

This apparently mistaken understanding was reinforced when you said the Church offered forgiveness to any woman who confesses and repents that she had had an abortion. Perhaps that has been true before too, and only the source of forgiveness was moved from bishop to priest. But again, it was important symbolically in relation to the earlier statement.

Our networks – the Campaign with members in 120 countries in all world regions and CLACAI in Latin America with members in 20 countries – campaign for the right to safe abortion because unintended and unwanted pregnancy are a common event in women’s lives, and we consider safe abortion a necessity for girls and women as a result. We know and understand that many Catholic women who have had abortions may still believe it is a sin, and might feel supported by the offer of forgiveness. Even so, many have also said they think God will forgive them because God would understand their situation.

We were glad that the Church remained in the background during the Irish referendum on the 8th Amendment to their Constitution on 25 May 2018. That seemed an important confirmation that you meant what you said about the Church not being so involved with the issue. But then, it seems, something snapped. Perhaps you never expected the Yes vote, let alone with such a majority. Or perhaps there was a rebellion in your ranks after it happened, that it had been a mistake to stand back after all. Or perhaps you felt it as a personal insult to the authority of the Church and therefore to your authority personally, which was then repeated in Argentina.

What happened in Ireland and Argentina, however, was a clear indication that something has changed. The sexual abuse scandal has had a major effect, without doubt. But other things have changed too. More than three generations of women all over the world have called for acceptance of the need for abortion. More than three generations of women have fought for the right to education for girls, for the right of women to work and receive equal pay, for the right to full citizenship and to stand for public office, and for an end to sexual and other forms of violence against women and widespread sexual abuse of girls as well as boys. These campaigns have all made a major difference to our lives for the better.

We hoped you would see these changes as a good thing, and encourage them. Many things you have said gave us such a hope. Sadly, your actions and statements this year have disabused us of that hope.

The Church’s intervention in Argentina’s vote on the abortion reform bill in the Senate was unexpected. It isn’t clear whether it changed the vote very much, which (if not) is significant in itself. But what it did do was cause a backlash against the Church, and a lot of anger among the people in Argentina, especially the huge numbers who stood in the rain outside the congress building waiting for the majority opinion in the country to be given voice inside. You must have been aware that a nationally representative survey in Argentina, prior to the vote, had found that 70% of those surveyed thought the Church should not interfere in national policy. And then in response to the Senate vote, more than 3,000 people, most of them women, officially resigned from the Church. That’s a first, and a major blow for you.

Nor were you exactly received in Ireland with open arms recently.

Hence, perhaps you felt a lot of anger. But it seems that instead of considering whether to step back again on this issue, which you first thought was the right thing to do, and find new ways to relate to it in a changing world – in order to maintain the esteem that so many want to hold you in – a world in which women and young people and many others are claiming their rights, you decided to hit back, and you hit below the belt.

We hope you realise how much your two statements, in June and October, shocked people. “Hitmen, taking out a life.” “Nazis, trying to cleanse the race.” Thus, calling all women not only murderers but also Nazis. Yes, all of us, since all of us have had or may yet have an abortion in our lifetimes if we need one.

But far worse, far far worse, was the fact that you equated the torture and expunging of the lives of 6 million living human beings in gas ovens after ghettoising them, stealing from them, enslaving them, starving them, beating them, destroying their health, degrading them, dehumanising them, and then depriving them of the breath of life until they died a violently painful death – you had the nerve to compare that with terminating an unwanted pregnancy. Words cannot express how vile such a comparison is.

Do you know how many acorns an oak tree throws on the ground every year? It’s hundreds if not thousands. If all of them were ever able to become trees, they would strangle the mother tree and each other, because there is no room in a forest for them all to become trees year after year, and nature never meant for them all to do so. The same is true of pregnancies. Women can get pregnant 12-13 times a year for up to 40 years. How many babies would satisfy you before they are allowed to stop? Did you know that 20% of pregnancies end in spontaneous miscarriages? That’s God’s doing. Do you consider that murder too?

Have you ever looked after a child who will never be able to stand, walk, talk, feed himself or use a toilet, or understand anything you say or do, and who has zero quality of life? Have you ever held, let alone looked after, a baby affected by Zika virus? Or one that is born without a brain? If you had, perhaps you would better understand why women decide not to continue a pregnancy that is affected by serious or fatal fetal anomaly.

Have you ever been raped? If you had, perhaps you would understand why a girl or woman who has been raped, whether by her priest, her stepfather or her brother, let alone an enemy soldier or other stranger, does not want the product of the resulting pregnancy ever to be born.

Have you ever had total responsibility for children when you are homeless or living in a slum dwelling without clean water or enough money to feed them or send them to school? Have you ever been abandoned and rejected by those you love because you are pregnant? Have you ever had to choose between having a child and having an education? If you had, perhaps you would see the abortion decision in a different light. The light of compassion.

Embryos and fetuses are not equivalent to babies. An embryo is a group of cells, a fetus (if it grows for long enough) is a potential life. Abortions always happen long before it has the capacity to be sentient. And equally importantly, babies are not just cuddly bundles. Having children is the biggest responsibility there is in life. Abortion is a necessary part of girls’ and women’s lives because we understand what that means and know when we simply cannot take it on. The fact that women risk death to end a pregnancy should tell you just how much that means.

So let’s talk about murder and violence for a minute more. Countless thousands of avoidable deaths from unsafe abortion – which could disappear overnight – are a form of mass murder. Those deaths are comparable to what the Nazis did. And everyone who condemns women because they cannot take on the responsibility for every possible child of every possible pregnancy they might have over 40 years of fertility, is also a murderer. And remember – dead women cannot look after their existing children.

Some 6.9 million girls and women every year who survive unsafe abortions experience complications, often serious, painful and life-threatening complications – 6.9 million a year. Multiply that by all the decades since ways to make abortion safe were found. Almost every death and complication is avoidable. That is deliberate, cruel and degrading treatment, that is torture. Is that really what you support?

There is no doubt that your Church has the power to team up with evangelicals in places like Latin America and the USA and with right-wing political parties and governments everywhere in order to stop progressive change from taking place – not just against abortion but also to impose other punitive policies – so as to deny human rights and keep people down, especially to keep women down. But we ask you: where is the morality in that?

And we have to ask again and again: why is the morbidity and mortality suffered by so many millions of women as a consequence of unwanted pregnancy and illegal abortion absolutely invisible to you and unacknowledged by you? Does it come from the same blindness that drives your refusal to end once and for all the unconscionable sexual abuse by priests in your Church? If so, we pray that your eyes are opened soon.