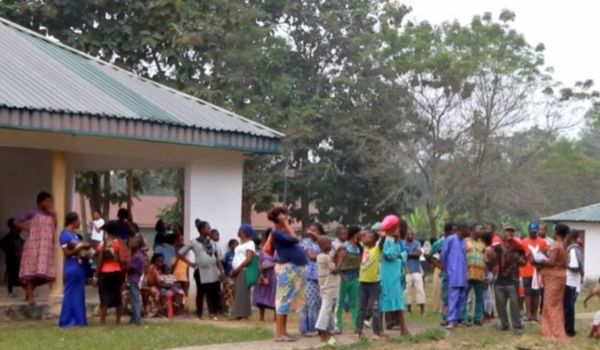 A new study confirms rape has become a weapon of war in Cameroon’s separatist conflict, and many victims are terminating pregnancies with crude, unsafe abortion techniques. The study was carried out by the Rural Women’s Center for Education and Development, who are keeping track of at least 300 school-age girls from the Northwest region who became pregnant as a result of rape, either from suspected separatist fighters or government soldiers.

One of them, a 16-year-old, told the story of being raped in an area in the northwest region where English-speaking separatist groups are fighting to break away from Cameroon. She had been hiding on her mother’s farm after her parents were killed in April 2018. She said a family running from the fighting drove her to Yaounde where she was taken in by a pastor and later gave birth to a baby girl.

Vera Wirsiy, coordinator of the Center, said the group was motivated to carry out the study after a 14-year-old rape victim came to a hospital in the Northwest and asked that her six-month pregnancy be terminated. The medical personnel tried to find out what happened. The girl said her community was not safe, there was fighting, her grandmother was not able to take care of her. A man impregnated her and ran.

Wirsiy said at least 130 of the 300 girls they had spoken to had already had abortions, with some using crude traditional methods that endangered their lives. Panje Roland of Cameroon’s Ministry of Women’s Empowerment said many more women and girls in the Northwest and Southwest regions have been victims of sexual exploitation, but it is difficult to know their numbers because many are in hiding.

In December, Allegra Baiocchi, coordinator of the UN system in Cameroon, called for the protection of women and girls in the war zone and a stop to what she called humiliating practices. “We know that rape is today a weapon of war and many women, thousands of women, have had to flee and are today even more vulnerable to sexual abuse,” she said. A report last year by Amnesty International criticised both the Cameroon military and separatists for abuses of civilians. In October, the government of Cameroon said it had opened investigations into reports of police and soldiers raping teenage girls and young women.