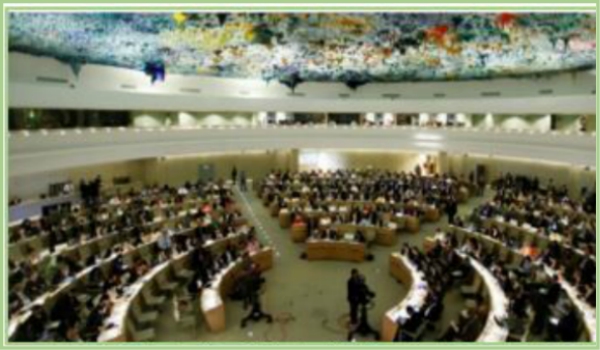 “The Working Group on the issue of discrimination against women in law and in practice will present a thematic report on women deprived of liberty to the 41st session of the Human Rights Council in June 2019. This report will be produced in the context of the Working Group focus on key areas affecting the human rights of women and girls and will aim at reasserting women’s right to equality and countering rollbacks in this area.

“The Working Group intends to take a comprehensive approach to the issue by including various forms of restriction or interference with women’s personal liberty or movement by state and non-state actors, including on the basis of their sex and prescribed gender roles. Thus, deprivation of liberty of women and girls can manifest in a variety of settings, ranging from detention in penitentiary institutions to different forms of forced confinement, because of decisions by authorities, families, communities or private groups. The report will examine the causes, nature and extent of the deprivation of liberty of women and girls, with particular attention to the impact of multiple and intersecting forms of discrimination against women and girls.

“The UN Working Group notes that various individuals and organizations may wish to develop documents and reports of consultations for submission for consideration. In accordance with the established practice of mandate-holders, the UN Working Group welcomes all relevant submissions that NGOs and other stakeholders may wish to present for its consideration. These submissions should be sent to: wgdiscriminationwomen@ohchr.org. Kindly note that all inputs received will be made public on the Working Group’s web page, unless otherwise requested.”

The deadline for submissions is 1 October 2018.