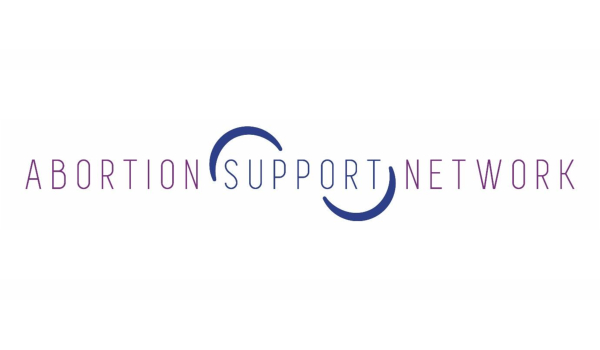 You and I don’t know each other, although I follow you on Twitter. We share a common area of interest, or, if not interest, a common duty to protect.

I am not a health official or a medical professional. I am the founder of Abortion Support Network (www.asn.org.uk), the England-based charity that provides information on the least expensive methods of abortion and travel and money towards the E500 to E3000 it can cost to travel and pay privately for the procedure. We are a small organisation, without an office or a land line, and since we started in 2009 we have helped almost 5,000 people. The majority have been resident in the Republic of Ireland.

I am very tired, partly from the burnout of single working motherhood, and partly from the exhaustion of spending over nine years on the phone with some of the most desperate and vulnerable women and pregnant people in Ireland, people who have been forced by a combination of Ireland’s draconian abortion law and a lack of funds to call a group of strangers in England and ask for help and money. Last week alone I spoke to:

That’s just a few of the people we heard from in the course of one week. I’m not going to list out all the things that are wrong with the Bill you are about to pass. (Although, if I was going to implore you to do something, it would be to get rid of the horrid, harmful and medically unnecessary 72-hour mandatory waiting period. Or if that’s too much, a more specific definition of the “risk of serious harm to health” that would allow someone to obtain an abortion in Ireland after 12 weeks).

I am not Irish, I can’t vote in Ireland. You will have heard from others (and might I particularly recommend the reading of anything sent to you by Lawyers for Choice) about the needless three day wait period, the fact that time limits will only cause fear and lead to avoidable delays in treatment that will push more people over the 12-week limit and on planes to England. I am going to list the people who will be left behind by your new legislation, the people who will still call Abortion Support Network. Some of them we will be able to help. Others, like many who have slipped through the safety net we try and hold up, will break our hearts, and weigh us down forever.

Homeless women. We have been hearing from an increased number of people who are homeless but need abortion services. A few weeks ago we had four homeless clients in one week. Many of these clients are homeless as result of abusive relationships and others have fallen on hard times. Where do you suggest a homeless woman go to experience the five to six hours of extreme bleeding and cramping that some people experience, not to mention the additional possible side effects of nausea, chills, fever and diarrhoea?

Women in and escaping abusive relationships. Speaking of women who are made homeless due to abusive partners, the largest percentage of our clients are in and escaping abusive relationships, often with men who won’t use or sabotage birth control (look up “reproductive coercion”). It can be impossible for these women to leave the house for one doctor’s appointment; two or three could raise suspicion. In the past we’ve arranged for these women to travel on days when their partners were at stag dos or on work trips, or have advised on how it may be possible to access safe but illegal early medical abortion pills through friends. One woman we’d arranged to travel disappeared and was unreachable. She contacted us a year later to apologise for going missing. Her partner had discovered her plan to terminate and beaten her so badly she couldn’t travel. When she got back in touch she had a young baby and another pregnancy that she needed help to terminate.

Women with children. Three trips to the doctor means three times you need someone to watch your kids. Will the government be offering a child care bursary?

Members of the Irish Traveller community. Take everything you know about abortion stigma amongst your peers. Multiply it by 2000 and you’ll get the idea. Silence, stigma, shame, a general distrust of the “establishment.” Not to mention a number of women with low literacy rates. Will there be outreach done to ensure that this especially vulnerable population is able to access abortion care?

People in insecure work situations. You’re lucky enough to have a job, but you are doing shift work. Will your boss let you take off enough time to get the consultation and the abortion, and then enough time for the pills to start working, take effect, and then recovery? Will you put off having an abortion for fear of losing your job? Will that push you beyond 12 weeks?

People without EU passports. I don’t know yet if the law will cover people who are resident in Ireland without official status. It has become markedly more difficult for us to get people visas to enter the UK in the last 18 months. For instance, someone who was in Ireland studying who needed a visa to enter the UK was delayed by bureaucracy. The UK side of her visa was approved a mere two days before the Irish side expired. She was only able to obtain treatment because we pulled strings to get her an appointment and were able to fund the £400+ the last-minute flight cost as well as most of the procedure costs. Another client, an asylum seeker, had her visa refused – five months after she applied for it. A third was so new in the country she wasn’t even processed into Direct Provision yet. There was no way Ireland or England was going to grant her travel documents.

People with disabilities and other mobility issues. People who have issues moving about will have increased difficulty going to multiple appointments (I count a possible FOUR: initial consultation, first medication, second medication (24 to 36 hours later) and a fourth for a scan if one is deemed necessary).

Mr Harris, this is just off the top of my head, and these examples do not include the 600 to 700 people we expect will need to travel for terminations after 12 weeks – a group that in general tends to include younger girls afraid to disclose their pregnancies, older women who thought the missed periods were in fact the onset of menopause (we’ve had clients as old as 53), women in abusive relationships, and people whose lives change so significantly during pregnancy that a wanted pregnancy becomes untenable.
I’ve been meaning to write you for some time, and ask for a meeting, but as you can probably tell from this letter, I am kept busy with the task of working with Abortion Support Network, answering calls from clients and helping to raise the funds to support them. I met your colleague Mr Varadkar briefly at Together for Yes party at the Intercontinental Hotel. I believe he was somewhat taken aback when, rather than being happy, I told him I had a 9 pm call with the sister of a pregnant 16-year-old. She had been hiding her pregnancy and drinking heavily and engaging in other methods of self-harm. Look, I was excited as anyone else over the results of the Referendum. But I also know no law is perfect, and while I’d love to see the holes in the legislation you are about to pass be smaller, there is not likely to be an abortion law that covers everyone.

As an abortion funder, I am best placed to see those holes, to know who will be most impacted by them, and how to make accessing abortion as seamless as possible for those people who are most vulnerable, marginalised, at risk. I ask for a meeting, Mr Harris. Learn from our 9 years of experience in working with the most vulnerable, pregnant, abortion-seeking populations in your country.

With appreciation for your time,